Sitting bottom of League One is a shock to the system, yet Swindon Town have been firmly embroiled in a relegation battle to secure League One football for 2011/2012 for some time.

We can survive the drop, we’ve achieved this before, so it’s now time to look back into the history book at seasons where we’ve survived the drop. 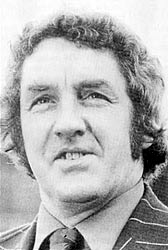 Town started their 4th successive season in the second tier. After the successes of 1969 and 1970 the club had started to settle as a mid table Division Two side after previous 12th and 11th placed finishes. This apparent mediocrity was much to the anger of manager Dave Mackay, who said if he couldn’t win something for Swindon, then he would quit.

Like today this was  a season when expectations were high.

The Board, eager to impress Mackay, were committed to being in the promotion race. The club were struggling to cope with the cost of financing the North (Arkells) Stand and gates were falling, so on the pitch success was essential to keep the club afloat.

So bizarrely, despite Town losing money hand over fist, the blind ambition of the Board broke the club transfer in June with the capture of Irish international Ray Tracey from Charlton Athletic for £35,000 as a replacement for Arthur Horsfield. 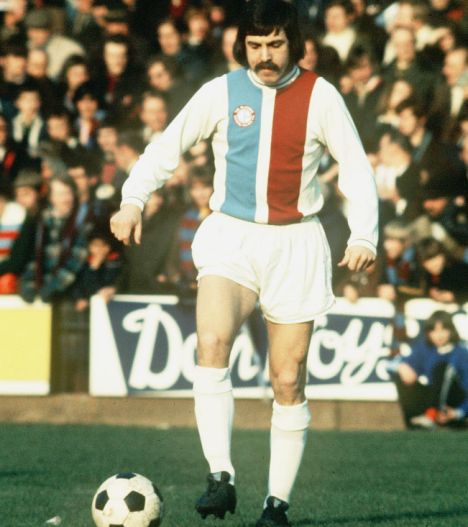 These financial problems came to a head in October as the entire playing staff was put up for sale.

After 490 appearances and 181 goals in all competitions, it was inevitable someone would soon pounce for the signing of Don Rogers. Crystal Palace, managed by Bert Head, paid £147,000 for his capture. In one sweep, Town’s key asset and crowd draw was gone. It was downhill from here.

Eager to readdress the balance, Tom Jenkins joined as a ‘replacement’ for Rogers, a nigh-on impossible task. Another club record signing, this time £50,000.

With Town now sitting 16/22, 2 points above the relegation zone and looking at a battle to avoid relegation, manager Mackay quit, citing personal reasons for his decisions. Yet only a few days later he was announced as the new manager of Nottingham Forest.

The task to ensure Town’s future fell to Les Allen, who was previously Chief Scout.

Town floated around the bottom 16 for the remainder of the season, at one point hitting as low as 21st (of 22) in February, before the safety of 16th place, just three points clear of the relegated Brighton and Huddersfield.

So whilst Town survived the drop, we did so at a heavy price, as the key remnants of the 1969 win Rogers, Smart, Noble and Downsborough were all gone.

The season ultimately started the downfall for Swindon Town, resulting in Town’s relegation to Division Three the following season, 10 points adrift of safety.

Whilst our first season back in Division Three nearly saw the club bounce back at the first attempt, from then on the club fell into a spiral of decline, not really lifted until the mid 1980s.

The similarities of 1972/1973 with today show that despite early expectations of challenging for promotion, bringing in the players and breaking the club record transfer fee, doesn’t equate to success on the pitch. You also can’t replace the irreplaceable. Whilst you can’t refer to Greer, Paynter, Ward, Morrison and Austin in the same breath as Don Rogers, the impact of losing quality players on the team isn’t readily fixed and can lead to a more spiralling decline.

We avoided relegation then without Don Rogers…who says we can’t survive the drop now without those key players?…