Swindon 3 Crawley 0: We make it six nil on aggregate… 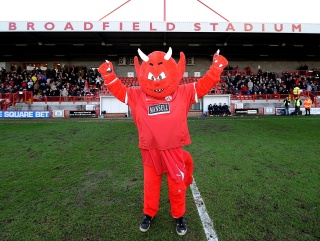 After Swindon Town’s emphatic 4-1 win at Southend, it was time to face another early table topping team Crawley Town. The West Sussex side sought to enhance their ‘Champions Elect’ tag as the bookies’ favourite to win League Two… or would they become another victim on Swindon’s seemingly unstoppable run, writes STFC007. In the build-up to the game, Crawley’s coach Steve Evans had

END_OF_DOCUMENT_TOKEN_TO_BE_REPLACED 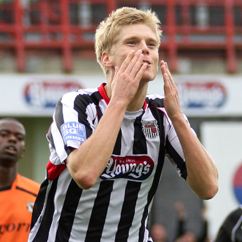 He fired Swindon to Wembley but Swindon’s number 17 has only scored 8 times this season from 30 appearances. But does Alan Connell offer more than goals? By Alex Cooke. Alan Connell is the perfect centre forward. He might not always look like one but if you read through the statistics behind the striker’s performance against Wigan it is hard

END_OF_DOCUMENT_TOKEN_TO_BE_REPLACED

The ramblings of BBC Devon’s Vic Morgan.. It can’t be often you loose and aren’t TOO disappointed about it. A trip to the east Midlands for an FA Cup Fourth Round tie, saw around 4,000 Town fans shout loud and proud at the King Power. I’m generally not one who talks about days out in football. A game is there

END_OF_DOCUMENT_TOKEN_TO_BE_REPLACED

Posted on February 1, 2012 by TheWashbag 3 comments

Swindon stormed into the League Two promotion places with a superb performance at Roots Hall last night – thumping fellow contenders Southend by four goals to one with an emphatic display, writes Richard Banyard. I have to admit I was surprised by Di Canio’s team selection – I expected a very similar line-up to the one we saw at Leicester,

END_OF_DOCUMENT_TOKEN_TO_BE_REPLACED

Why Matt Ritchie has to shoot

Swindon’s wingers are always cutting in instead of crossing from the by-line, Alex Cooke looks at seven reasons why. ‘Why doesn’t Matt Ritchie go down the line?’ ‘What is Ritchie doing crossing from there?’ ‘Why won’t he pass?’ You can hear the questions in the stands, read them on the forums and scroll quickly past them on Twitter. For a player

END_OF_DOCUMENT_TOKEN_TO_BE_REPLACED

BBC Radio Wiltshire commentator Vic Morgan continues his weekly blog only here on The Washbag. It was a great start to the Christmas games wasn’t it…? Morecambe came to the County Ground with a deserved reputation, and on the face of it Swindon were in for a tough afternoon. Well what a fine afternoon it turned out to be. Goals from Jake

END_OF_DOCUMENT_TOKEN_TO_BE_REPLACED

With Billy Bodin on loan at Torquay United since the end of August, Gulls supporter Emma Glanfield gives her overview on Bodin’s time down on the English Riviera. What were your expectations of Billy before you signed him? Having not heard anything about Billy, it was difficult to know what to expect upon his arrival. I had heard of his father, Paul,

END_OF_DOCUMENT_TOKEN_TO_BE_REPLACED

BBC Radio Swindon commentator Vic Morgan continues his new weekly blog only here on The Washbag. GOOD CHIPPY ON THE WAY FROM… Burton Albion. Not too much else to recommend that afternoon, I’m afraid. It was a new ground for Swindon fans, another one to tick off the list. Around a thousand made the journey to the Pirrelli Stadium, in

END_OF_DOCUMENT_TOKEN_TO_BE_REPLACED

Alex Cooke reports on the action at Town’s visit to Cheltenham. New manager, new division, same old story: Swindon’s ability to implode at Whaddon Road remains a depressing constant. And while this time it didn’t end with the same poison as the 2001 defeat, some Town fans still vented their anger, apparently in one case at Oliver Risser, however, throughout the game Billy Bodin

END_OF_DOCUMENT_TOKEN_TO_BE_REPLACED

Bodin well for the future

In his first contribution for The Washbag, Andrew Steele-Davis looks at whether Swindon Town’s future is home-grown. When Billy Bodin’s name was bellowed over the tannoy system at the County Ground on Saturday announcing that the young forward was in the starting eleven, it is safe to say you could not have seen that coming a few weeks ago.