Milan Misun has been found… and not at STFC 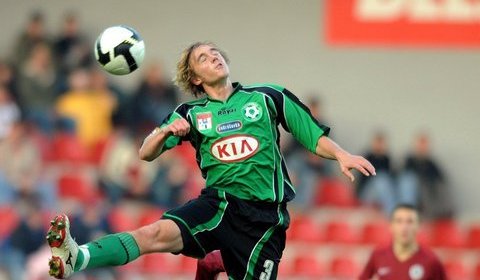 After ‘joining’ for an undisclosed (reported to be a six figure) fee on 28th January 2011 – in one of Danny Wilson’s final and desperate last throws of the dice in the transfer market; Czech Republic defender Milan Misun suffered a reoccurrence of a serious knee injury and never played.

It later transpired the injury plagued Czech footballer had never signed a contract and was only seen at the County Ground once, being paraded with Jordan Pavett before the 0-0 draw with Exeter City on the 29th January 2011.

But there is news…

On the 6th February 2012 Milan Misun joined Czech side FC Viktoria Plzen as a free agent.

He was then immediately loaned to fellow Czech Gambrinus liga side and his hometown club 1.FC Pribram for the next six months.

Seeing that Milan never signed a contract at Swindon he leaves without a word from the County Ground hierarchy.

Importantly, the club have never cleared up the circumstances of his arrival. Did we pay the reported six figure sum – i.e. lose money – to Celtic for a player who never appeared in the red or white of Swindon Town?

For Milan…at least you’ve recovered from the terrible injury and all the best returning to first team action back home.