Not scouting for boys: Have Swindon given up signing young talent? 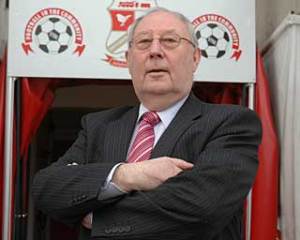 New writer Alex Cooke gives his view on one of the least talked about summer departures.

“If we’ve ever spent good money on one individual then it’s been Ken, he’s been absolutely outstanding.”

At this point you are probably racking your brain to work out which Ken then caretaker boss David Byrne was eulogising to the Evening Advertiser about back in 2008. The answer is Swindon Town’s former chief scout – and one of the lowest profile departures of the entire summer clearout – Ken Ryder.

Ryder arrived at Swindon in April of 2008 from a similar role at Wolves. His appointment, with two assistants, was hailed at the time by then chairman Andrew Fitton and manager Maurice Malpas as a significant step forward for the club and the end of the anarchy of the Andy King and Sir Seton Wills era, where scouting and match assessments were either ad-hoc or ignored.

But Ryder’s exit is about more than just the loss of someone clearly rated by Swindon Town’s management team, or the axing of a role that many clubs consider essential, it provokes more significant questions about the direction that the club is intending to take in its transfer policy and even its long-term aims

Agents, previously viewed as a necessary evil by the board, have seemingly become central to the club’s future. While Darren of Elite Agents is the Zelig of Twitter claiming to be representing, or negotiating directly, with a number of the incoming players, the real power in the land seems to be Di Canio’s own representative, Phil Spencer of PMS Sports International Ltd. For it is Spencer who seems to have the ear of chairman Jeremy Wray wherever and whenever he needs it. And while that might be standard practice at some lower league clubs it is a marked change of approach for Swindon.

While Swindon’s current board have never been against dealing with agents, they have always maintained their distance. So much so that soon after taking over Fitton set up a number of condition that any representatives had to comply with.

“One of the points in our policy is we won’t negotiate a deal and then see the agents looking for a fee to be paid,” he told the Adver in May 2008. “It is up to the players to pay their own agents at Swindon and that is a rule that will not change.” Football League records show that while Town have stuck by this policy in the past, spending nothing on agents’ fee for the entire 2008/9 season, it looks likely that it cannot and will not continue in the future.

The second question that needs to be asked about what remains of Town’s scouting network?

Is removing Ryder a temporary cost cutting measure designed for League Two and its wage cap? Have his two assistants been retained? Are freelance scouts being used to assess the opposition in the season to come, or is this work being done at all? Does the club continue to use the Scout7 database to monitor player performance worldwide? And, will Di Canio be trawling the reserve leagues himself? For a player who used to pick and choose his games for West Ham, it seems unlikely.

Finally, what has happened to the board’s plan to finance almost the entire club using ticket revenue, merchandise and the money generated by selling players? For Fitton had always spoken of funding the club, not through cash injections but largely through selling on good, young talent. And rather than opting for the investment in taking youngsters from the age of ten to the first team, his stated aim was always to bringing in almost fully formed from other clubs’ youth systems and giving them that all important transfer fee multiplier – league experience.

Certainly the signings of Austin, Cuthbert, Ferry, Caddis and Ritchie could all be seen as part of this policy, For all are younger players for whom a fee was paid for, and clearly the hope is that a larger reward is reaped, at some point.

However, this it is a plan that depends on having an active scouting network, run by a chief scout. For these players aren’t easily tracked, easily seen, first-teamers in the Football League. They are hidden in youth teams, reserve sides and even the lower reaches of the non-league. Finding them demands patients, contacts and an extensive network of scouts. As Fitton told the Adver in December 2009: “We are trying to make sure we are very aware of the players aged between 16 and 20 who are out there, because they are what we should be looking at.”

How, if Swindon Town is relying on agents, personal contacts, freelance scouts and Di Canio putting in the miles, are they going to find another individual who is “absolutely outstanding?”