After vastly improved performances in September, Town were brought back down to earth with defeat at League One new boys Dagenham & Redbridge. An early Dossevi goal couldn’t inspire Town to build on their advantage, falling to a 2-1 loss in the first ever League match between the two sides. The result was the biggest win the the history of D&R according to manager John Still.

A few days later Town progressed in the JP Trophy with an simple 2-0 victory against Torquay. Vincent Pericard score his first goal for Swindon at the County Ground and youngster Nathan Thompson made an impressive debut after replacing Scott Cuthbert after 27 minutes.

Sky TV had chosen the home match with Bristol Rovers perhaps in the hope of seeing the goalfests that shook Town a season ago. Thankfully Town secured revenge with a 2-1 defeat of Rovers. Sean Morrison headed Town ahead, then Pericard made it 2-0 to Town. A debatable penalty against Lucas in stoppage time allowed the Pirates to claw one back. 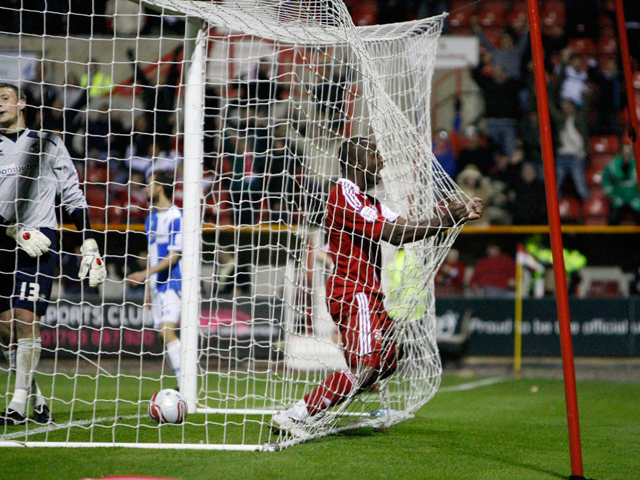 In the 3 remaining games in October you needed an abacus to keep a tab of the score.

Town went to London Road, Peterborough and were 3-0 down after 22 minutes, only to restore parity at half time.  After the Posh retook the lead Town again drew level until a last gasp own goal from Kevin Amankwaah gave Peterborough an incredible 5-4 win. The defeat was only the second time in the club’s history that we’ve scored 4 or more goals in the Football League and finished the losing side. The  other game was a 7-4 defeat away at Watford in the Division Three South on December 14th 1934. 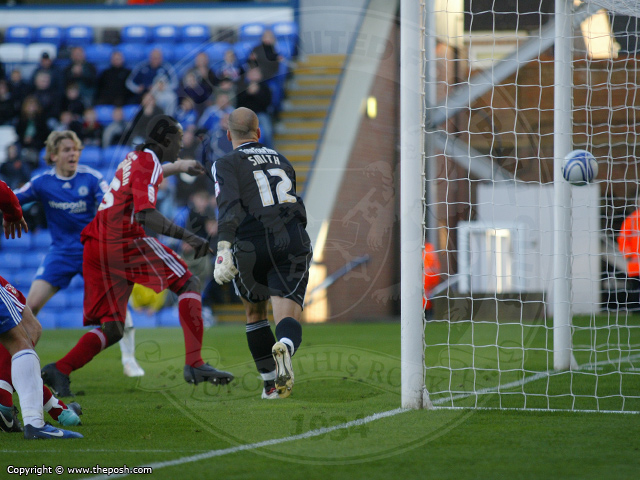 Next up was Leyton Orient. Town really needed a 1-0 victory to restore some level of confidence to the defence, however after an abject first half the referee threw life into the game by dismissing Alan Sheehan, with the game ending 2-2.

A week later was yet another comeback as Town drew 3-3 at Yeovil.

Town were sitting 15th with 16 points, however this was only 3 points worse off than a year ago. Perhaps not a bad as it appears…