Replacing Rodgers, and why Thomas had to go back to move Town forward

Alex Cooke looks at Saturday’s positional shift as Anton Rodgers was dropped, before Conor Thomas dropped back to make space for Brad Barry

It wasn’t much of a surprise on Saturday when Conor Thomas took the place of Anton Rodgers in the team against Bury. However, it was a bit of a surprise where Thomas played. After all, he has spent much of his career as a holding player, usually operating as part of a double pivot, but here he was playing as a ‘number 8’. 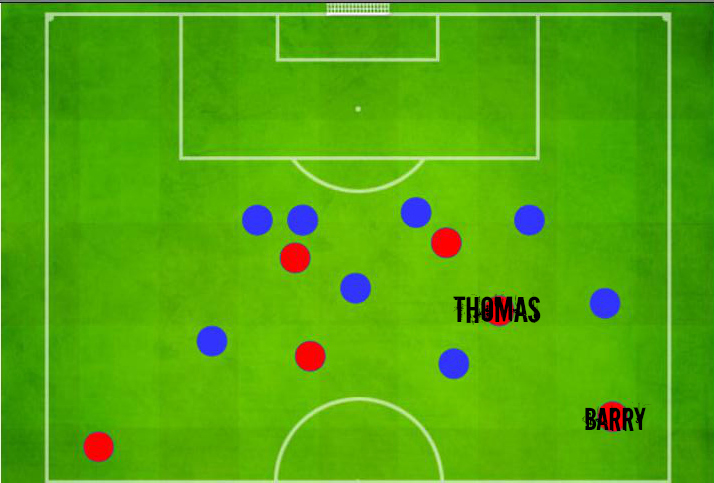 Thomas largely didn’t look fully comfortable in the position, finding time on the ball hard to come by as Bury dropped into a 4-4-2 with a moderately deep defence. With wing-back Brad Barry not judging his runs hugely well and many of the passes played his way hit at his feet rather than allowing him to take the ball on the run or half-turn, Thomas found himself unable to  create space behind the line of midfield.

But when John Goddard came on Thomas was able to drop into a deeper position, allowing him to face the Bury midfield and pass the ball – something he does rather well. Goddard in turn played closer to the strikers and broke their defensive line with dribbles and off-the-ball runs. Naturally Thomas was able to cover for these runs and. to my eye, looked more effective. It also allowed Barry to have a higher starting position, which removed one of the limitation in his game – his inability to beat a man through dribbling. 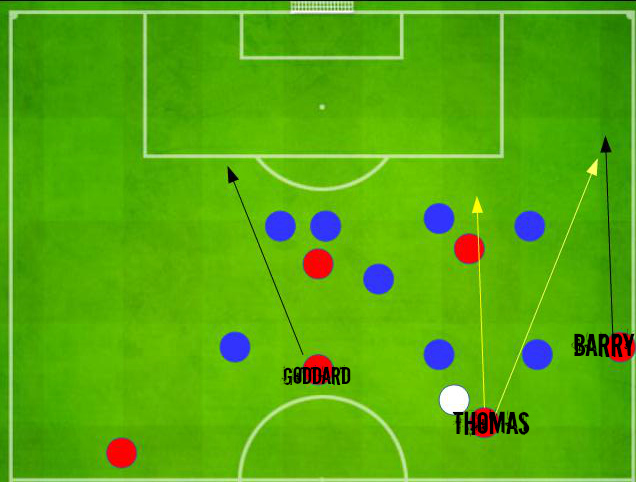 Before the season started manager Luke Williams had made comments that Thomas needed to have his belief to be creative to be found – perhaps hinting at this advanced role – but this might be one of the few times we see the former Coventry player used in this more advanced position, and not just due to the season-ending injury to Jamie Sendles-White. The signing of Sean Murray will also restrict his use there.

Tactical pieces like this are now ten-a-penny on the internet. Some are very good and backed up by experience, some are journos filling a few pages with little insight. This one is just my uninformed opinion so should be treated as such. This piece from Richard Whitall on the value of such writing is worth a read.