Posted on September 3, 2013 by TheWashbag 5 comments 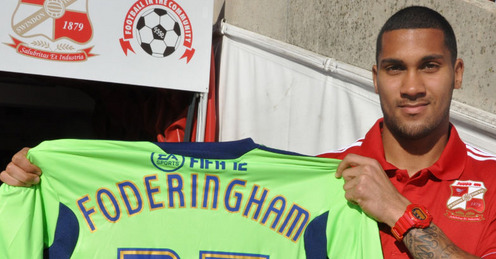 Our TheWashbag.com Index calculates the Swindon Town Player of the Month by assessing the key statistics from all league and cup matches. The August result is in… 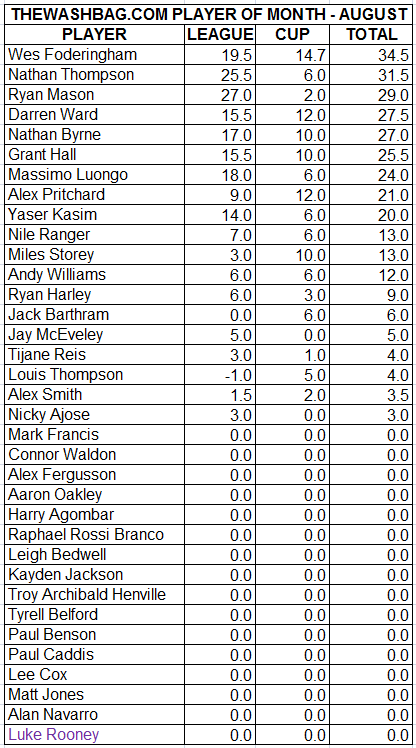 Wes Foderingham secures another victory in our Player of the Month calculations. The ‘keeper has secured four clean sheets from playing all seven games during the month. Add to that a save rate of 80.7% and his consistent form throughout August sees Wes just beat his teammates.

Nathan Thompson is our August runner up. The right back’s goal against Gillingham and assist, along with playing six of the seven games, pushes Town’s longest serving player into second in this month’s calculation. Just reward for Swindon’s 2012/13 Player of the Season.

Ryan Mason is third. His midfield performance against Crewe, which included a hat trick and an assist, won the Spurs loanee 21 of his 29 points for August; a staggering total. Had Ryan scored the penalty he would’ve picked up 28 points for that game alone, although still 0.5 points behind Foderingham.

Agree or disagree with the statistics..? Who receives your for Player of the Month nomination?

Swindon Town players receive a score based on their performance in all league and cup fixtures based upon the statistics collated by the Press Association and published by BBC Sport. The format of the scoring is very similar to that used in the Fantasy Premier League, with some exceptions.