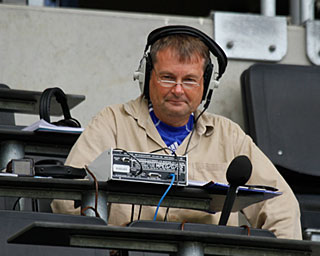 Well here we are at the start of the new season already. So here we go with Mystic Vic’s 2013/14 almanac..

What are your hopes and expectations for Swindon in 2013/14?

I have limited expectations for the new season based purely on the fact it’s a new squad which’ll take some time to gell. I have no problems with the use of young players and who knows where it will take us.

I think mid table would be an excellent season and of course would happily take anything more than that. Conversely, it being Swindon, it may be a struggle. Hope not so mid-table for me.

Who has been your signing of the summer at the County Ground?

Wes Foderingham is without doubt the key signing with his extended contract. Great goalkeeper  who is only going to improve with experience. Delighted he’s still with us (just).

Who will be the key player for Town?

Difficult to say as I’ve not seen the new signings yet. Not sure who’ll be wearing the shirt at London Road but if Paul Caddis is still around he and Darren Ward would be huge influences on the younger players.

In what position will we finish?

As I’ve said above Mid Table is what I hope to happen. Anything above the bottom four though would be good.

Which teams will be promoted from League One?

I think the likes of Wolves, Brentford (dare I say it)  and Sheffield United will be in the shake up and my outsiders will be Bradford City.

Which teams are set to be relegated from League One?