Alex Cooke looks at how the two sides might shape up for the home leg of Saturday’s play-off match.

Under manager Uwe Rosler, Brentford have become a compact team who play controlled, calm, progressive football. They like to squeeze play into a narrow band in which their impressively defined shape makes them stifling to play against and efficient, if a little conservative in attack

In the league game at the County Ground they gave an immaculate display of this cohesion and compression as their 10 outfield players moved up and down the field, not just as a 4141 but as one. In some ways with his disciplined team, focus on shape and work ethic, Rosler, out Di Canio-ed Di Canio.

Apparently since then Brentford have become more ragged and less creative – just as have Swindon – with a weakness on the flanks and in an over-reliance on defensive shield Jonathan Douglas to keep them, and the ball moving. This could be key.

Intrinsically Brentford’s slightly lopsided away system of 4141 has a numerical advantage over Town’s injury-defined 442, particularly in central midfield but there are ways to combat this, one would be to detail a forward on their fulcrum – Douglas.

We know from his time with Town that Douglas is doughty and a reliable passer but certainly isn’t quick, can be pressured himself and liable to lunge if overwhelmed. So when Town aren’t in possession, if one of the forwards can pick him up rather than pressure the central defence, he could be negated. This in turn would stop Brentford at – or close to – source. Forcing them into longer balls from the back. It would also leave the striker closing him down, mostly likely Andy Williams, high enough on the pitch to join the attack.

And Swindon need to be bold in their desire to close and to look for width as the narrative of this game should favour them, if, as with Crewe and Stevenage they are aggressive enough in the early stages to play on any Bees’ nerves… 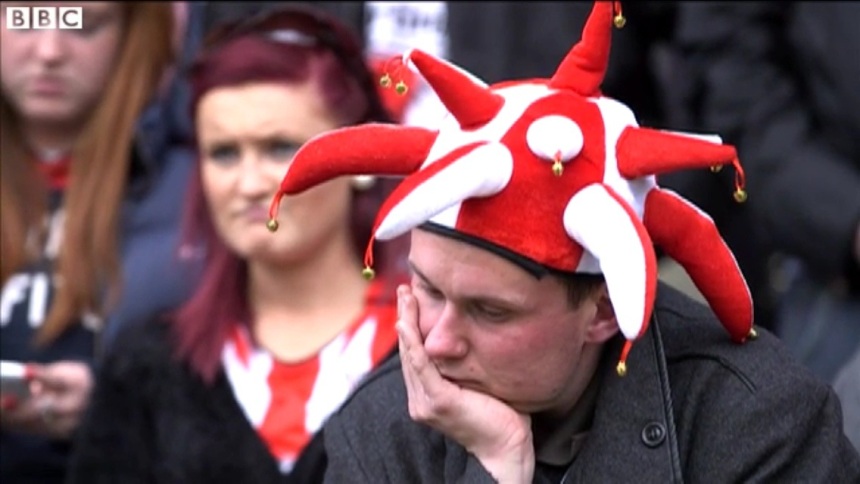 It is rare to see a team in the lower leagues mark fully zonally at set pieces, but Brentford did. At the County Ground, they played against Town’s set-pieces with no man markers and no one blocking runs into the box either.

This makes them very hard to score against by simply tossing corners into the six-yard box as that is precisely where they are set up to defend in numbers and depth. So, rather than put the ball where they can attack it, the aim has to be to either alter the angle of the attack through a shorter corner, flick on or longer cross, or have shots from outside the area. 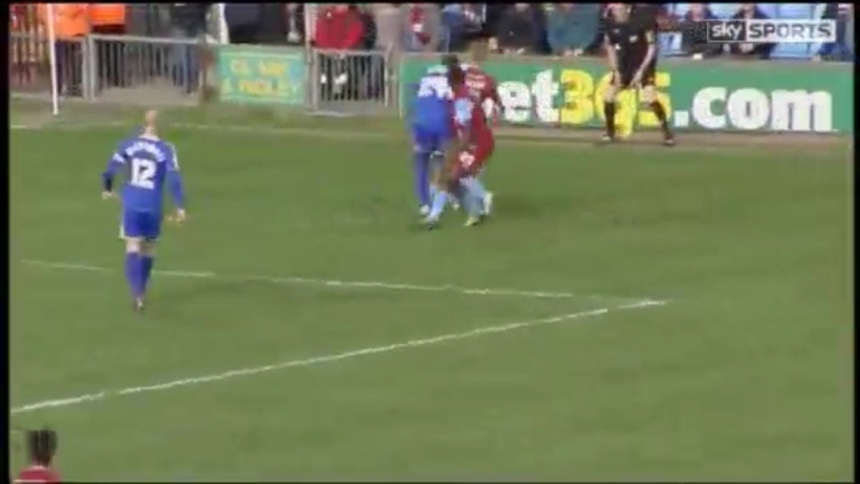 Key to the effectiveness of Brentford’s 433/4141 is in striker Clayton Donaldson’s ability to come off the right flank, with or without the ball, at speed and run directly on goal. His combination of muscular aggression and devastating finishing power is exactly at odds with the delicate defensive displays of Nathan Byrne. Byrne is energetic but ultimately lightweight and will need more protection from the referee than he got a Scunthorpe (above).

The obvious solution would be a fully-fit Jay McEverley, who interesting was voted man of the match in the home game, but he remains injured. And since Kevin MacDonald is unlikely to opt for a Marcello Biesla-esque 3v2 at the back just to see just if Donaldson would track Byrne, it seems that Aden Flint and Alan McCormack will probably have to make sure that they offer the young full-back extra support and for Byrne to position himself to push Donaldson wide to the touchline, rather than inside.