He’s been gone a little while from the dugout, however it’s taken that time for Ron Smith to put together a selection of the vital statistics from Paolo Di Canio’s reign at the County Ground.

Di Canio managed Swindon Town for 95 matches, competing in League One, League Two, the FA Cup, the League Cup and the Football League Trophy. In that time his overall record stands at 55 victories, 17 draws and 23 defeats, giving the Italian a win percentage of 57.9%, the highest of any serving Town manager – ahead of 2nd placed Dennis Wise with 52.9%. But there are even more vital statistics of Di Canio time at Swindon…

706,724 people through the turnstiles to watch Di Canio’s team with an average attendance of 7,439

39 minutes and 48 seconds was the average time for Swindon scoring their first goal of a game scored at the County Ground and 42 minutes and 30 seconds on their travels.

1 own goal has been scored by an opposition player

42 minutes and 36 seconds was the average time of Swindon winner at the County Ground compared to 44 minutes and 18 seconds away. These timings are just minutes after the average for a first goal scored, therefore indicating the importance of scoring first to Di Canio’s success. 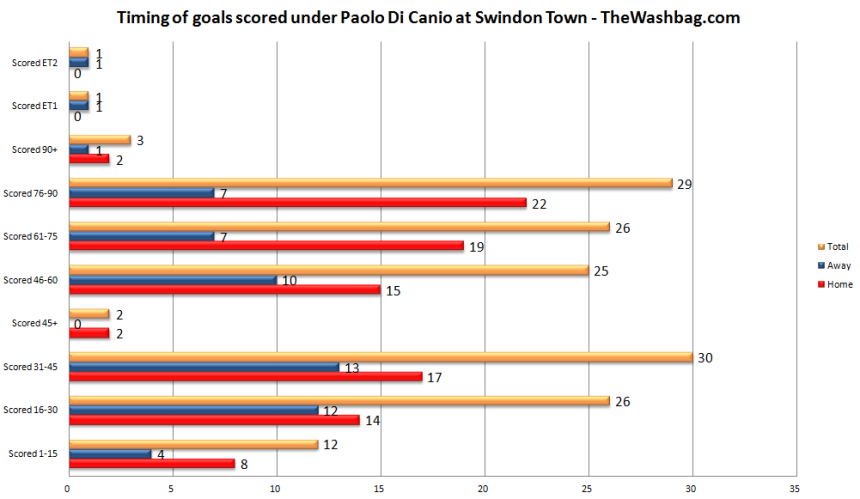 22% of all goals scored as hosts came in the final 15 minutes compared to 8% in the opening 15, proving Di Canio’s Swindon grew stronger at the County Ground as the match progressed over the ninety minutes.

30 and 29 goals were the overall tally for goals scored during the final 15 minutes of each halve, showing Town’s dominance in the lead up to the whistle

1072 total shots at goal for Swindon of which 50.6% were on target, meaning that 11.3 chances were created by Swindon per game. I’ve not kept count of the number of shots that went out for a throw in…

3 defeats in a row against Oxford United, the worst record of any Swindon manager

31.6% (49) of all Town goals were scored from a position within the six-yard box, of which Paul Benson scored 12 of his 15 goals from close range, making him Di Canio’s most clinical striker

126 goals (81.3%) originated from a move in open play, with 48 via the right flank, proving the worth of Matt Ritchie, whereas 39 goals each came via the central and left attacking routes 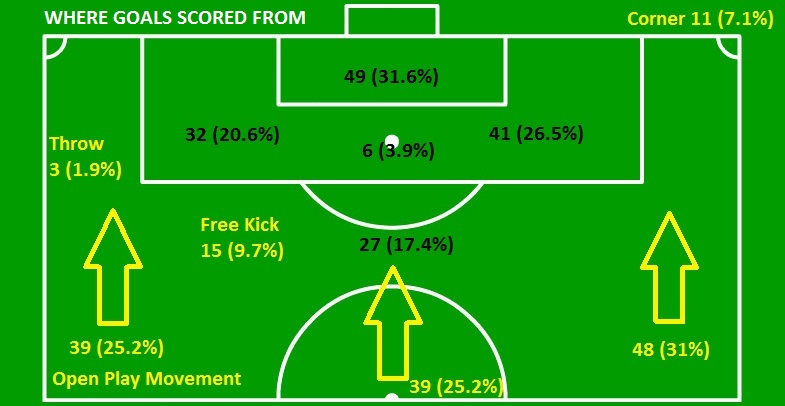 76 goals conceded by Swindon, of which only 29 were conceded as hosts 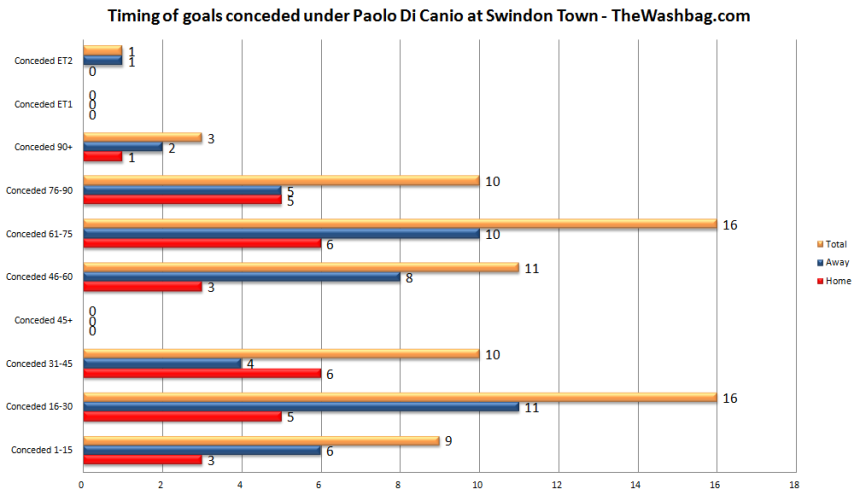 10.7% strike rate for our opponents at just over 10 shots required to score a goal

3 own goals has been scored by a Swindon player, including one each for Oliver Risser, Danny Hollands and Louis Thompson

55 (72.4%) of the 76 goals conceded were in open play. Of those 25 that were conceded had resulted from an opposition move through the centre of the pitch

17.1% of goals originated via the opponent’s left flank, the lowest percentage of the three movements of open play, and 22.4% scored from within the left side of the box; indicating the attacking right-backs of Paul Caddis and Nathan Thompson didn’t significantly lead to an increase in goals conceded, however you could also deduce that covering players had left Town vulnerable in central areas 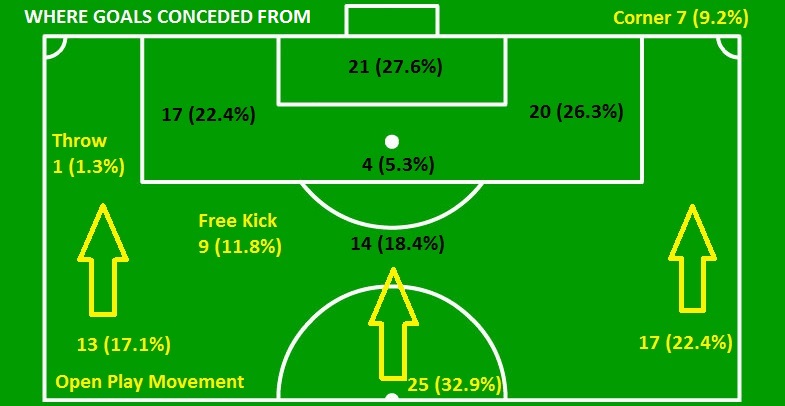 52.3% average possession was won by Swindon per game

614 corners won by Swindon compared to 410 corners conceded, however with only 11 goals scored from a corner it took Town 56 corners to score a goal, similarly 59 corners for our opponents

57 is the number of games in which Swindon scored first; compared to 31 times for our opponents; and only 7 goalless draws under Di Canio

67.7% of games that Swindon went behind and the opposition held on to win

19 points won from 93 available after a Swindon comeback from conceding the opening goal, including only 1 draw and 6 wins 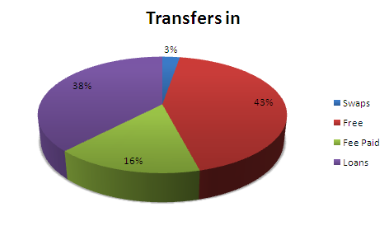 64 total transfers, of which 38 players joined Swindon and 26 departed

3 players joined from a club in Italy

£500,000 was the fee received for Matt Ritchie, which is a appropriate place to end all this statistical madness… 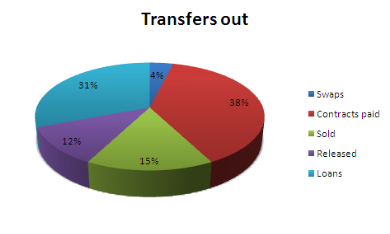 Credits – All statistics from the BBC Sport (as collated by the Press Association) and Swindon-Town-FC.co.uk. Transfer information collated by Alex Cooke