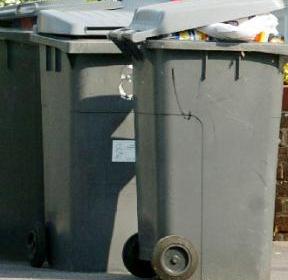 If you believe in these things, the omens were bad. 1. Bury hadn’t won at the County Ground since 1977. The year of my birth. 2. The last match report I wrote for thewashbag was a drab 0-0 draw with Sheffield United. And the one before that, an awful 0-1 defeat to Colchester. 3. I left my lucky scarf at home. So what follows is definitely my fault, then.

Tommy Miller said the performance was “rubbish”, and he was nearly right. For this wasn’t just rubbish. This was the stinking bin juice that ferments on a sweltering hot day, maggots crawling around in the brown goo like so many Bury defenders. This was a giant knacker’s yard of immovable, purposeless rusty metal, crushing any spark of creativity Town may once have had. This was a steaming, rotting compost heap, with Aden Flint atop biffing another header skywards. This wasn’t just rubbish, this was Swindon Town rubbish.

Like all those sides that have come to Swindon to nick an unlikely win, Bury had a game plan, of sorts. Double up on every Town player in sight, run around like billy-o, and if all else fails hack and lunge and time-waste with gay abandon. The terrifying thing is, it worked. And, when Swindon’s only creative response was to lump looping high balls at Aden Flint’s giant spam, you know you’ve got problems. Of course, there were mitigating factors – no manager, an injured Ferry, tiny squad. But at times it felt as though Bury had twice as many players on the pitch, such was Town’s inability to match their opponents’ energy levels.

The game itself defies analysis. Mostly, it was pure playground. Just two sets of players running mindlessly after the ball, with no thought to shape or structure, or simple tactics like playing the ball on the floor to a team-mate.

Swindon started slowly, tentatively, confusingly, as if awakening from some deep, hallucinogen-induced snooze. And they sleep-walked straight into Bury’s opener. For a moment, a giant McCormack-sized hole opened up on their left, and Town’s dazed defenders were pulled hither and thither. The chance was swiftly exploited – a neat cross flicked home by Schumacher.

But even this didn’t rouse Town from their slumber. Sure, they huffed and puffed. James Collins had a speculative long-ranger on the turn. Andy Williams was clattered when trying to get a shot away. McCormack screamed and snarled and whinged. Gary Roberts flicked his 1940s side-parting down the wing and whipped in the odd inviting cross. But Town’s performance was best summed up when Navarro sliced a shot so wide it was picked up by Roberts next to the corner flag.

The second half was little better, but if you looked really closely you could just about discern a bit more purpose from Town. Corners were cornered, crosses crossed (badly), and the ball spent a not unreasonable amount of time on the ground. Jay McEveley and Raffa de Vita kind-of, sort-of linked up promisingly down the left. Roberts floated in an anonymous wafter from distance. But something had to change.

Finally, the hapless (and probably unfit) Navarro was brought off for Nathan Thompson, and McCormack was given the rare opportunity to show what he can do in his preferred position.* (Mind you, he’d been pulled so out of position for most of the first half, you could be forgiven for thinking he’d been playing in midfield anyway.) Soon after, Collins wanged a sharp chance wide from a tight-ish angle, after Darren Ward and his perfectly-groomed facial hair bonced a ball over the defence. But Town were still going nowhere.

Time for the Rooneys. Adam for de Vita (who tried hard as always, and still has an immaculate first touch), Luke for the fading Roberts. Briefly, Town mustered a half-hearted attempt at a grandstand finale. Luke Rooney punted a hopeful long-range free kick straight down keeper Trevor Carson’s jersey. Adam Rooney set himself up for a smart overhead kick, smothered at the second attempt by Carson. And then the best chance of the game fell to Flint, who had a point-blanker kept out by Carson again, after neat work by Williams down the right flank.

The faithful longed for the equaliser, but Bury had other ideas. For this was when the ‘hacking and time-wasting’ part of their plan came into its own. Six players were booked, for an amusing array of cynical trips, pulls and lunges, and some expert, textbook dithering over throw-ins and the like. But who, honestly, can blame them? The win they so desperately craved was within reach. There was still time for Foderingham to biff away a stinging free kick, and for Luke Rooney to make a mess of a presentable opportunity after a goalkeeping blunder. But Bury hung on gamely, and Town faded away into the cold winter night.

This was the kind of game that makes you delve the deepest, darkest corners of your soul, searching for meaning in the freezing February mist. “What’s it all for?” I pleaded, as an apparently simple pass went out for a throw-in. “Why are we here?” I wondered, as another cross drifted aimlessly out for a goal kick. “Is there anybody out there?” I agonised, as a hefty hoof landed somewhere in Stratton. I asked many questions during the game. Alas, my brave Swindon boys offered no answers. Suddenly, promotion seems very far away indeed.

Crowd: There was some completely unnecessary booing at half-time and full-time, and Navarro got a rough ride too, poor bloke. Why do people do it? Half-wits.

Manager: Miller and Ward seem to be genuine blokes, and have done an honest job, but we lacked direction and drive from the bench. Let’s hope we can get a decent manager in soon to keep the players focused, bring in a few new faces, and keep the promotion dream alive.