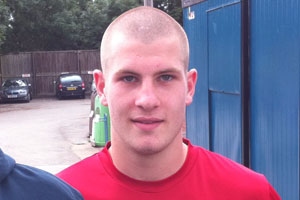 Our TheWashbag.com Index calculates the Swindon Town Player of the Month by assessing the key statistics from all league and cup matches. Following five League One games this month, the January result is in…

James Collins‘ reward for five goals, including four against Portsmouth, is to take the Player of the Month Award for January.

In second is Alan McCormack. The central defender, used at left back in Jay McEveley’s absence, has played all but five minutes of matches in January and was integral to a defence that secured four clean sheets and conceded once – at AFC Bournemouth.

Wes Foderingham is just behind in third and is ranked in the top three for the reasons as the Irishman with his score taking a bit more a dent owing to that goal conceded at Dean Court. 15 clean sheets so far this season is a magnificent return for the ‘keeper.

Swindon Town players receive a score based on their performance in all league and cup fixtures based upon the statistics collated by the Press Association and published by BBC Sport. The format of the scoring is very similar to that used in the Fantasy Premier League, with some exceptions.