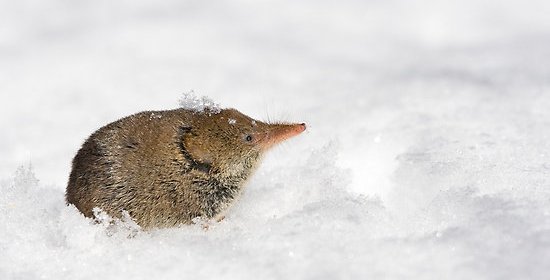 ‘For Sale’ Swindon Town moved into third place in League One with a fourth consecutive victory at the County Ground. Second half goals from Chris Martin and Andy Williams secured a comfortable victory, if not by the margin of recent results. Writes Ron Smith.

Whether it was the minus temperatures or just Shrewsbury’s poor record at Swindon – winning in just one of fourteen visits prior to this match – the Shropshire side were frozen out of this contest. It turned out to only be a matter of when Town would find the rhythm in attack to overrun their opponents, as Tranmere, Portsmouth and Carlisle can testify, thanks largely to Town staff and fans who ensure the pitch was playable after clearing away snow on Friday night.

Swindon named three changes from the draw at AFC Bournemouth. Chris Martin, Simon Ferry and Aden Flint replacing James Collins, Tommy Miller and Joe Devera; the later due to injury. With Flint having only featured once since his sending off against Macclesfield on the 3d November, less non-league tackling was required on what could turn out to be a slippy pitch.

With the first half providing little quality to get excited about, jump around and feel momentarily warmed by the celebration of a goal, the few sounds were defined by the muffled clapping of thermal gloves and groans at another Swindon shot wide of the goal. Apart from some wayward passing at the back courtesy of Aden Flint and Alan McCormack, and without Shrewsbury creating anything of merit, the game sorely needed some clinical finishing, or just even striking the target; but we’d have to wait a little while to see our patience rewarded. 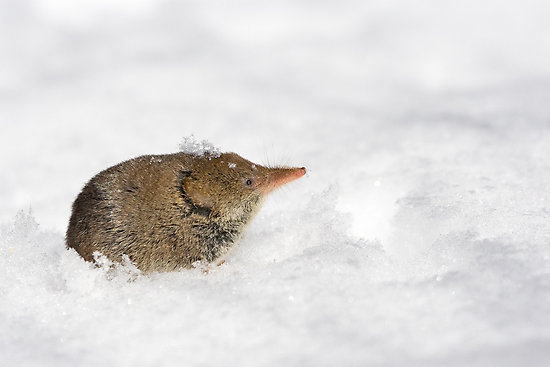 The Shrews’ attack looked lost in the snow…

Decisions were poor, such as when too many touches ensured Simon Ferry lost a shooting opportunity and clinical finishing was absent; when Chris Martin and then Andy Williams were through on Weale’s goal only to shoot with power and find the snow covered seats on the Stratton Bank. The only bright moment was watching the ever determined Nathan Thompson chase the ball at full pace to the byline assured by the knowledge the cushion of the snow bank around the perimeter would break his eventual fall after a barge by Jacobson.

Judging by Paolo’s half time threats, inspiring your side to overcome an ineffective first half is relatively simple. It later transpired that all it took was Di Canio to tell them “if we lose this game, Sunday morning at 05.00 GMT the appointment is at Liddington” which “was enough” to motivate a sharper performance; with the win secured after a few minutes of the re-start.

It was a different Swindon that emerged as they understood their patience and focused approach would yield the goal. An increased tempo produced a string of possession, attacks and set-pieces around the Shrewsbury box, leading to the first penalty of the game.

Andy Williams showed his value as our most dangerous threat with the ball at his feet. Williams ran onto a well-judged flicked on pass forward by Tommy Miller with the outside of his foot, catching Shrewsbury defender Darren Jones on the backfoot. The tussle started ten metres outside the box and continued until Jones’ arm around Williams’ neck proved too much for the former Yeovil striker, who held out for long enough until he was hauled down. From the resulting penalty, Chris Martin had the opportunity to put aside months of his goal drought and he calmly stroked the ball to the ‘keepers left, sending Weale the wrong way; and dived into the snow in celebration.

Only three minutes passed before Andy Williams scored the second. Nathan Thompson picked up a clearance and laid the ball to Matt Ritchie, whose deep cross was met by Aden Flint’s head to return the ball into the six yard box and the onrushing Williams – who had lost his marker Mambo – to thunder his header past the helpless Weale.

A fluid Town could have celebrated more goals. With each attack Shrewsbury were buried deeper under the snow as Ritchie, a resurgent Gary Roberts, and Darren Ward all tested Weale, with the later finding the crossbar.

Martin was delighted to have scored his first goal since April, however his body language when being replaced by James Collins showed he wanted more time to score from open play. An interesting side-note to Collins’ introduction on 74 minutes, this was appearance number 30 for the season, ensuring Shrewsbury receive an additional £20,000 as part of the tribunal ruling – which set an initial fee of £140,000 plus £20,000 for every fifteen appearances up to a maximum of sixty.

With Shrewsbury short of attacking ideas all game and the usually troublesome Marvin Morgan ineffective to the credit of Darren Ward, their reaction to miss their best opportunity gifted to them completely summed up their afternoon.

Alan McCormack didn’t need to tackle, however he decided to launch a poorly timed lunge to take down Jon Taylor in the box. It’s rare that nobody on the pitch, crowd or dugout criticise a penalty decision, but on this occasion there was no argument. From the resulting penalty, Matt Richards’ low strike to Foderingham’s right side was predicted well and saved with relative ease, ensuring clean sheet number 14 of the League campaign.

Graham Turner later said he was “amazed when the referee gave us a penalty but we missed the chance to get back into it”. Too right, to fail to make amends for a woeful afternoon at the office gave the Shrews no impetus to fight in the remaining ten minutes,  in which Town looked for the third, leaving Shrewsbury heading home without a shot on target.

While the 2-0 victory was vitally important to move Town into third before a tricky run of four away games, perhaps the more lasting result secured was progress in the boardroom. The directors met pre-match to discuss the options being presented by the seven parties interested in buying the club, hoping to engage two potential new owners “going against each other” in a bid to secure the best possible deal* [* for Andrew Black and not the club and it’s supporters].

As Swindon move towards due-diligence and most importantly establishing whether any party has the funds necessary to secure the purchase and the club’s long term survival, please learn from the mistakes of the past, let’s have no BEST Holdings, Terry Bradys and Danny Donegans… this time around.  Let’s face it, anyone who wants to invest in a football club is probably mad seeing that it’s a surefire way to lose your ‘investment’, but given interest is apparently strong, some involvement of the supporters as part of this process wouldn’t go amiss as we look to find the right match.