Press Watch is Back…

Welcome to Press Watch by Brendan Hobbs, TheWashbag’s sideways glance at all things Town related in the media. If you see anything remotely concerning Swindon Town in the worlds media get in contact with me via Twitter @mrbraindown

Press Watch is Back! Yes that’s right, Press Watch is back. Back in a cool way that only rappers from the late eighties and early nineties bragged about in their lyrics. Back like Eric B (& Rakim) were in Microphone Fiend, back like Public Enemy’s Chuck D in Bring Tha Noise, back (in full color) like Doug E. Fresh in Keep Risin’ to the Top. Ahhh the nostalgia.

So what’s been happening since the column has been offline? Well I’ve been busy dragging a new boy into the world, not sleeping a lot, watching a lot of kids TV with my 3 year old and taking in the occasional Swindon match.

Quite a lot has happened on and off the pitch, far too much to analyse in the typical painstaking detail this column prides itself on (cough!), so I’ll share with you now some of the things I’ve learned over the past few weeks:

1. Aston Villa were not all that.

2. Miles Storey is actually a really good footballer and not just a kid who sounds like he should be a character in Ally McBeal. 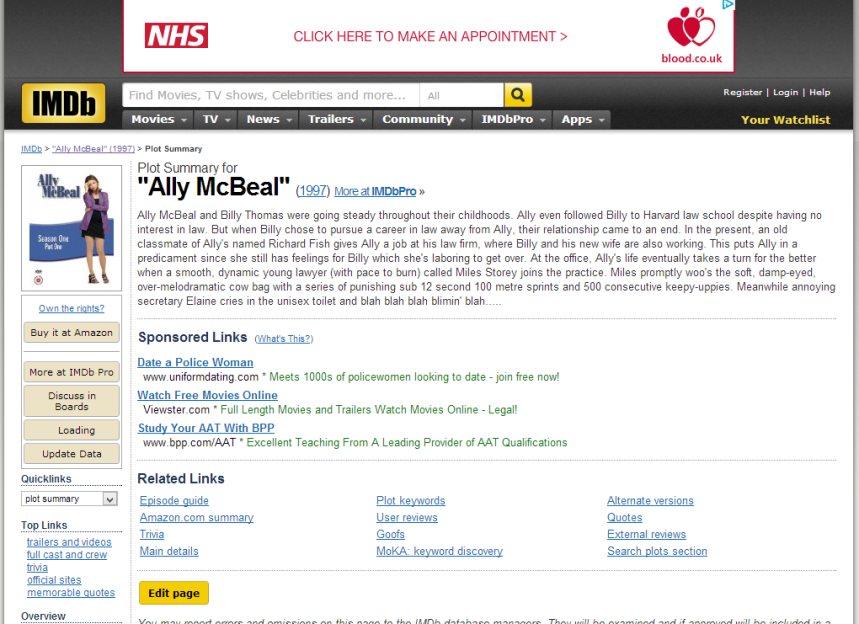 3. Are the Octonauts backed by a particular government agency, or are they a self-funding autonomous entity like the Thunderbirds?

4. The STFC clips look ace in that Capital One Cup advert.

5. Raffa De Vita is without doubt Di Canio’s best signing to date. He’s like a fine red wine and by that I mean he simply gets better with age – not that he will become corked if incorrectly stored.

6. Why at the end of Fireman Sam’s feature length film ‘The Great Fire of Pontypandy’ does everyone laugh at ‘naughty’ Norman Price after he confesses to starting the fire (aka arson) which destroyed thousands of acres of prime woodland and threatened to burn the town to the ground? I know it’s a cartoon (and boys will be boys and all that) but surely a custodial sentence at Feltham Youth Offenders Institute would be more fitting? Well more fitting than a round of back-slapping laughter and a load of oh Norman’s. Although there would probably be plenty of that in the Young Offenders institute but in a totally, totally different context. One that would involve a certain ‘Mr Big’ and a lost bar of soap in the shower block.

7. Joe Devera is my favourite Town player ever of Venezuelan descent – boy can he cross the ball, simply superb. Youtube clip courtesy of ffffffffffoooooo, (@danlawrenceGK1) – if you crave your home goal action and can’t wait for the Football League Show, subscribe to his channel as he has an uncanny knack of filming at the right time to capture Town goals.

8. Canadians have no interest in Wiltshire village names. I had a telephone conversation with a guy in Vancouver called Osborne St George, needless to say he was decidedly unimpressed that there was a village in Wiltshire called Ogbourne St George – the joyless bastard.

Too much has happened for me to cover all the match reports featured during my absence, but here are a few of my favourites from the past few weeks, apologies for not following the correct chronological order, but I’m typing this one handed whilst cradling a new born.

The four kinds of hurt we dished out on Stevenage was greeted with much praise, The Sun claimed we were ‘too-good’ for the Hertfordshire club, whilst the Daily Mail described the victory as a thrashing.

Local rag ‘The Comet’ claimed that “If Swindon play this way for the rest of the season –the best any team has played against Boro for some time – they will go up. But such consistency is rare.”

The reporter continues to describe Swindon’s play as ‘sensational stuff’; he then gives Ollie Risser 3 out of ten in the ratings at the end. He also only gives Wes a five, presumably as he had nowt to do during the game, it’s too much for one Town fan as he lets rip in the comments section.

The Villa game obviously garnered the most coverage, props to @marktsstarr who tweeted me this excellent match report from a Villa fans point of view.

Everyone’s favourite lawyer, Smooth Miles Storey understandably took most of the headlines, ‘no fairytale for teen sub Storey’ trumpets the Mirror, whilst describing his equaliser as ‘outrageous’.

Further down the piece victorious boss Paul Lambert says “He scored two goals but I didn’t think his game was up to my standard. His two goals were brilliant – absolutely world-class finishes but he has set himself a standard.”

At first glance I thought he was talking about Storey, but instead he was moaning on about his own two goal hero Christian Benteke, who to be fair did look the real deal.

The Storey love story continues in the Guardian, with reporter James Riach gushing in his praise for the teenager, describing his second goal as ‘audacious’, whilst Sky plumped for ‘sensational’

Macclesfield’s Tony Diagne hailed his 40 yard wonder strike in his teams shock FA Cup win at the Country Ground as the ‘best goal of his career’ . As I was bunkered down in the Great Western Hospitals Maternity Ward carrying out faux breathing exercises with the wife I didn’t get to see Tony’s magic effort so I’ll just have to take his word on the subject.

The Notts County blog, imaginatively entitled ‘The Notts Blog’, carries a fair match summary on the Town defeat and a bit like the Stevenage report we seem to have impressed another home crowd with our style of play “Such was the nature of Notts’ display, you’d be forgiven for thinking we’d just added to our away run! No side has come to Meadow Lane this season and bossed a half of football like Swindon Town did”.

The football on show at Boundary Park however, was a lot more turgid in nature if the Manchester Evening News is to be believed, although with Town just as dominant it seems “In a first-half uglier than the half-painted Chaddy End roof Oldham were taken apart by the rampant visitors who had no less than 10 shots on goal to none.”

A great Paolo Di Canio thread appears on the Oldham fans forum OWTB, it veers brilliantly between discussing his tactical nous and gamesmanship to a debate about fascism, racism before discussing the virtues and ultimate bodycount of several unhinged despots – all in a very adult, sensible way. Well, until ‘jsslatic’ pipes up brilliantly with –

‘Am I a facist if I don’t like somebody because they’re ugly?’

To which ‘Zorro retorts –

Touché Zorro, touché! All excellent stuff, truly one of the best threads I’ve read in a while.

As a little Christmas treat and as my ‘in apropos of nothing’ segment was so popular last time I ran one, have a bit of this celebrity gender swap – and don’t try to act all appalled, sit back, take a breath and accept that you’re in fact slightly turned on.

The final word of the article this week must go to Paolo and his extraordinary rant (even by his standards) as covered by the Adver headline ‘Frustrated Di Canio lets fly in 20-minute rant’.

Those that sit around me in the DRS know I’m not a Paolo’s number one fan, I find him a little exhausting on occasions and I think his man management skills needs a little work to say the least. But he gets results, he motivates the fans and he acts as a strong, beating heart for the organism I love.

What I’m finding more and more annoying these days is the constant commentary of opinions left on forums and comments sections following his outbursts causing friction between fellow fans, hating and loving in equal measure but generally pouring scorn on those who do not share the same opinion.

Every PDC interview is clinically dissected, digested and skewed to fit an individual’s love/hate agenda, its then repackaged by an individual who attempts to force an opinion across the ‘net, OFTEN WITH CAPSLOCK wedged fully on, to anyone who’s sat within a readable distance.

I know all this, because I used to be that person and I used to wind myself up something chronic.

Taylor Goldsmith from the excellent Alt Folk/Rock combo Dawes extolls in the tear-jerking anthem “A Little Bit of Everything” that trying to understand life/marriage/suicide/death is like trying to make out every word of a song when we should simply hum along.

I now apply this logic to Paolo’s interviews and general clownery, I miss all the detail and simply hum along to the overall message, I’m a much happier person because of it and I’m beginning to feel the Di Canio love itch coming back… much like a persistent bout of herpes.

Sorry to end on such a soap-box moment, but I can rest soundly knowing that this is probably the best blog you’ve read this week that starts with eighties hip hop and ends with noughties alt rock.