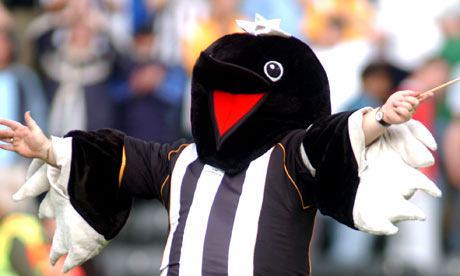 6th placed Swindon were defeated 0-1 by Brentford at the County Ground in midweek; making our six match form 3 wins, 1 draw and 2 defeats.

In away games, Town have won our previous 2 matches – 4-0 at Stevenage and 2-0 at Walsall – giving a form book of 5 wins and 1 defeat in six League One games – ranked 2nd strongest in the division.

8th placed Notts County drew 0-0 at Preston midweek which was their third successive draw in League One. Their overall form reads 1 win, 4 draws and 1 defeat, unbeaten in their past 4 games. At Meadow Lane are without a win in 5 games.

Swindon are without a win against County in 6 meetings, including 3 trips to Nottingham. The last victory was a 2-1 win in League One in January 2004 with goals from Brian Howard and Tommy Mooney.

County haven’t failed to score against Swindon in 7 matches.

Swindon have failed to score in 2 of those past 7 games.

With 11 points from their 9 home games, Notts County are presently 16th in the League One home table, which is somewhat below their home ranking of 4th most efficient in the division.

Swindon have the strongest overall ranking of any away side in the division. It is only Foderingham’s low ranked save rate and our mid-ranking strike rate which are outside of the top 5 rankings for each measure.

Swindon have opened the scoring in our previous 4 away matches, with all 4 being scored in the opening 30 minutes.

County have only conceded twice in the first half, then 10 after the break…

Swindon have two successive clean sheets away from the County Ground, however previously we’ve been susceptible to conceding early in away games.

With County not finding the best form at Meadow Lane and our away form keeping us in and around the play-off positions, I’m predicting a 2-1 Swindon victory, with Town to score first and add a second after half time.