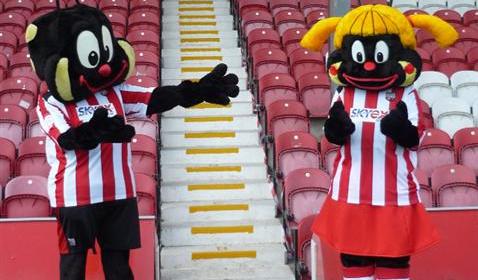 In all League, FA Cup and Football League competitions, Town have faced Brentford on 110 occasions, winning 44, drawing 29 and defeated 37 times; scoring 164 and conceding 148.

Town are unbeaten against Brentford in the past 7 games home or away, and the previous 5 matches at the County Ground.

Swindon haven’t failed to score against the Bees as hosts in 12 attempts – since a 0-3 defeat in November 1981.

Town remain strongest in defence as hosts with a ranking of 5th in League One, compared to 15th most efficient in attack.

Our defensive rankings have improved over recent weeks and even Foderingham’s save rate percentage is slowly creeping back up to a reasonable level, albeit well below his 89% save rate in League Two.

Post the 4-1 beating of Yeovil Paolo Di Canio commented that Swindon really should have scored 5 or 6 and I’d agree given the clinical strike rate – double that of Brentford away – showing we can typically expect goals.

Brentford are an interesting proposition judging by these stats. Securing the 2nd highest percentage of possession doesn’t prevent their opponents average 9 shots on goal per game, but their possession is key to their near 12 shots per game average.

The Bees’ issue is their awful 39.6% shots on target, a woeful 8.5% strike rate and lack of goals away from Griffin Park with only 1 goal per game being their return. They’ve a similar inefficiency as hosts as well, indicating a clinical striker is on the shopping list for the January sales.

Town scored 3 before half time on Saturday to race to a comfortable lead.

Brentford have scored in the first half in 3 of the past 4 away matches.

All four of Brentford’s goals conceded during the first half have been scored between 16-30 minutes, however the Bees haven’t conceded in the first half away from Griffin Park for 5 matches.