Is all that glitters really silver?

Posted on February 8, 2012 by TheWashbag 4 comments 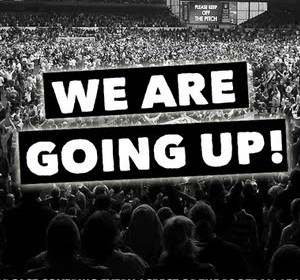 Carl McQueen of Football League blog and podcast We Are Going Up! reflects on the Johnstone’s Paint Trophy – Is all that glitters really silver?

Premier League and Championship supporters, look away now. For the next few paragraphs this article shall describe a competition so alien to you it may as well be written in French. C’est la Ligue de Football Trophée. And Swindon Town have reached the final of it, so allow me to milk it for all it’s worth…

Shrouded in satire and ridicule, the competition that pits the wits of the 48 clubs in the third and fourth tiers of English football, ultimately provides two teams with a day at Wembley Stadium. Two sets of fans with the chance to cheer on their team at the ‘home’ of English football. Not the England team, not a Premier League team, but THEIR team. How many of you reading this who support a Football League team can actually say that?

You can take your mid-table mediocrity, your run of the mill ‘I’d rather stay up than win the cup’ excuses. But you’re wrong. You’re so wrong that you’re insulting the very essence and purpose of the beautiful game – to enjoy it. In ten years, five years, even seven months on, how many more people will remember the team who won the League Cup in 2011 compared to the team who finished 17th in the Premier League last season? I can tell you without thinking who won the League Cup. I had to Google the Premier League table of 2010/11 to discover Wolverhampton Wanderers were the team I shouldn’t care about. 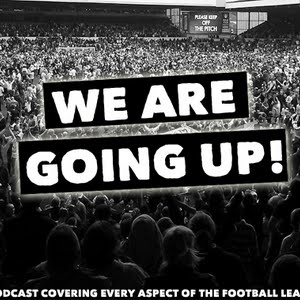 Crystal Palace, Fulham, Hull City, Oldham Athletic, Reading, Swansea City, Watford and Wigan Athletic have all played in the Premier League but never won a major trophy. Would fans swap, what for some of those teams, was just a fleeting moment in the big time for a moment of immortality when their club’s name is etched into the history books for lifting major silverware over saying they’ve dined with kings for just a year or two? Many would say no, they would take a Premier League appearance of just a season over winning a cup competition. But if that’s the case, what exactly do football fans really want? And why on earth do we not just scrap all cup tournaments?

The media has fed us the belief that the FA Cup has lost it’s “magic” and the League Cup is just a competition for clubs to play their reserves. Yet millions still watch it. The sheer joy on the faces on the fans, players and management who win it is not faked for the cameras. It’s the unbridled delight that football can bring you if you’re lucky enough to experience it. The same can be said of play-off finals. One game which will tear the hearts out of half the stadium and give the other half the hope, optimistic dreams, and monetary support for the next twelve months.

Perhaps that’s the simple answer? Money? Teams want to be the 17th placed team in the Premier League because the enormous gulf in financial reward through sponsorship and televisions rights will destroy a club should they lose their footing as much as it will secure them for the next decade if they stay afloat in the top flight. The growing list of teams to crash and burn their way through the Football League system in the past decade is a worrying observation. Granted, it is not a new phenomenon, but thanks to rolling news coverage and the Internet, the death of a football club becomes a slow, voyeuristic past time for the general public to feast on, voice their opinion, and then becoming generically upset when that club finally calls it a day.

But all that’s for another discussion altogether on the wider problem of money in football. This is to do with the ambitions of supporters and clubs. As much as it’s ridiculed, the Johnstone’s Paint Trophy will give either Swindon Town or Chesterfield fans the hope and optimistic dreams I’ve already spoken of. Whereas one side, the Robins, fights for promotion into League One, the other side, the Spireites, are fighting to stay in it – at exact role reversal of twelve months ago. Both will want to win their battles in their respective leagues, but the opportunity for glory at Wembley must be taken with both hands.

Whereas it may not give the exposure an FA Cup run will achieve – even Swindon fans can vouch that one win against Wigan Athletic this season has produced more media coverage than even winning this entire competition will ever do – it will still produce silverware to add to the cabinet. Something that can never be taken away from the club should Swindon be successful. Unless of course it’s the Second Division play-off trophy of 1990…

Swindon fans have already been lucky enough to experience the new Wembley – many Football League teams have not even come close – in the form of the League One play-off final of 2010. A shambolic appearance on the pitch was marred even further by ‘loyal’ fans being angered at the ‘plastic’ fans that made up the numbers. This works both ways; either you take along, say, 12,000 supporters and make your half of the stadium look pitiful yet an echo of Town End season ticket holders can still be heard from the other end of the stadium, or you allow 30,000 fans to come along and make your team look like a well-followed and supported club in an appearance at the biggest stadium in the country which may not happen again for a generation. Having read the fan forums the day afternoon the play-off defeat to Millwall, the irritation of some die-hard fans was so clear it made you wonder if their judgement had been clouded by ignominious defeat, and had Swindon won then the exact opposite would have been documented about the turnout. I know for a fact this paragraph alone will fuel discussion with most Robins’ fans, and the rest of what I write and have written will be mere filler to the debate of that fateful day in May 2010.

But it does leave a worthy question – should this game even be played at Wembley? Swindon have been handed just over 30,000 tickets, and Chesterfield nearly 10,000 fewer than that on the basis of each club estimating their allocation. Should they both sell out, you still leave yourself with over 30,000 empty seats for a game that many are still unsure of it’s significance – do we want to win this game, or gain promotion/stave off relegation? Would games like this, and others such as the FA Trophy, not be better off at stadiums such as Old Trafford where the ratio of empty seats to filled ones looks more respectable? Or would that destroy another element of the magic of football – regardless of the English cup competition, you earn yourself a day at Wembley, in spite of the ‘experience’ during your few hours in HA9?

Perhaps then all that glitters really isn’t a silver trophy collected by the winning captain. Perhaps it’s mid-table mediocrity and the confusing belief that you’ll push on next season. Perhaps it’s gaining promotion by coming second or third, not actually winning the league, and then hoping you’ll avoid relegation on the last day of the following season. Or perhaps it is the chance to win a competition, which your team is invited to compete in, regardless of financial reward and newspaper column inches it receives.

League One and League Two fans should take the Johnstone’s Paint Trophy as a genuine opportunity to succeed, and not as a cannon fodder to the rest of your season. It may not be the Champions League, but should my team lift the trophy at Wembley on March 25th, for just a few days at least, I’ll feel a bigger man than any team that finishes 17th in the Premier League this season.