Now Paul Benson has signed is the search for a ‘nasty striker’ over?

Posted on January 2, 2012 by TheWashbag 6 comments 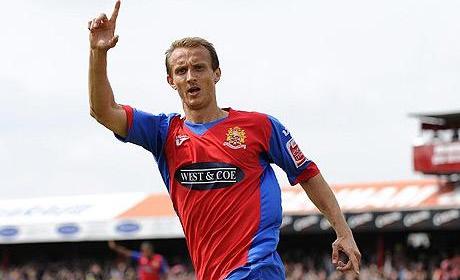 If there has been one area of the pitch which Di Canio has frequently lambasted it’s been the strikers. Aside from the personal swipes aimed at Clarke, Montano, Kerrouche and Magera for their lack of passion, fight and commitment, Paolo provided clarity on what he needs after the Rovers draw (that felt like a defeat) by reiterating his desire for a ‘nasty striker’.

“I have all the names but we will work on it,[For] two months I have already been talking about a striker with a specific quality and we are going to challenge for him because we need a different striker in the box. Southend taught us that with four or five balls in the box inside the goal line, we still don’t have that nasty attitude.”

“…we need it in a striker with a different physical presence, also to attack the space. A player who is 187 [centimetres], has got physical, strong presence and desire, and is nasty.”

Yesterday we confirmed the signing of Paul Benson from Charlton Athletic. The former Dagenham & Redbridge striker scored plenty before his move to the Valley in the Summer of 2010. Benson hit 96 in two seasons at White Ensign in the Essex Olympian League and followed that up with 70 in 174 Conference Premier and League Two appearances for the Daggers between 2005-2010. 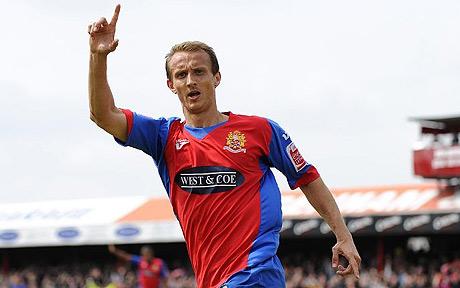 With a proven pedigree in the lower leagues, Benson has been long coveted by Di Canio, but does this mean Paolo has finally found the ‘nasty striker’ he so craves for and can he call off the search?

Benno is certainly a player that will attack the space in the box – he has the knack of knowing where to go and the ball always seems to find him. Almost all of his goals come from within 12 yards and mostly on the deck; his heading isn’t the best.

He is much more than just a poacher though – he is able to work the channels, hold the ball up, and make life difficult for defenders. It is quite rare to find a player who can do these things whilst still having the desire and energy left to get into the box. It is no coincidence that we have struggled for goals since he left, as his attributes matched our style perfectly.

He fits the bill [as a ‘nasty striker’] physically in that he is over 187cm tall, and despite not being hugely strong in the usual sense, his wiry frame makes him awkward to handle. He is quicker than he appears to be due to his long stride which is often enough to outstrip some of the velocity-challenged defenders in this division.

In terms of nastiness, he certainly has a killer instinct in the penalty area and although he doesn’t look to clatter his opponents, he is well versed in the little pushes and tugs which can buy you half a yard of space.

Judging by Mark’s comments, Paul Benson certainly ticks all the ‘nasty striker’ boxes. It’s almost like Paolo has had his heart set on Benson for some weeks, particularly after missing out securing his services on loan in late November.

One final question to Mark was “given Benson is now 32 and been sidelined at Charlton – having made just 3 appearances, the last on 13th September – is whether he has enough to fire us to promotion?”

It actually started pretty well for him at Charlton with 6 goals in his first 13 games, however the change of manager didn’t help him. If Di Canio believes him and picks him every week then I have no doubt that Benno will continue to score goals.

He came into professional football aged 25 and should have plenty left in the tank for at least 3 seasons. He isn’t a player who particularly relies on his physical attributes so age shouldn’t be too much of an issue.

With experience and the ‘nasty striker’ attitude, Benson gives us an all important option upfront. Let’s hope he can provide the goods to get an otherwise goal shy strike up to the automatic promotion places.

Paul will be eligible for today’s match against AFC Wimbledon and after the Northampton win it will be interesting to see if and how Benson may feature.