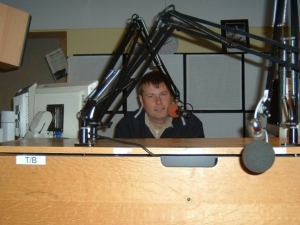 I’ve been a Swindon supporter since the early 1960’s…no jokes about my age please, I’ve heard them all…and it’s difficult to remember a time when I’ve been so confident about OUR team.

On the way to Colchester last Saturday, I had no doubt that we’d be in the hat for the third round draw in the FA Cup. It’s a completely weird feeling, and one that I suppose I’ll have to get used to.

To say the Town were dominant in the second half at the weekend, is an understatement.

Matt Ritchie’s excellent goal was just reward, and even a late rally by the home team failed to bring an equaliser. That’s because of our superb defence…no they’re better than superb, just can’t think of a word which does them justice.

As the evening drew in and the temperature dropped, I had no doubt Swindon would win….how unusual is that..?

Afterwards Paolo Di Canio was his usual amiable self, and glowing with pride, as his team had beaten another side from a higher league in a cup competition. The feeling of being a Town fan has got greater and greater, and I’m enjoying this season as much as any I can remember.

The reward for the victory over Colchester..? A home draw against a struggling Premiership side Wigan. It might be a tall order, but do you know what..? , this side will give it everything.

Promises to be a great County Ground day.

Tuesday night was another of those nervy evenings.

I was preparing for my Late Show in Devon, and trying to keep up with events at Roots Hall. A combination of texts and tweets, kept me informed. It meant a lot of pacing around, even though I was concentrating on my job…honest boss if you’re reading this.

Again it goes back to that confidence thing.

Even though our old boy Blair Sturrock put Southend ahead, I had no doubt Swindon would come back.

A great strike by “WASHBAG” player of the month Paul Caddis, and a debut goal from Ronan Murray, put us two games from Wembley.

Barnet of course are in the way, but I think many of us want to return to the Arch to erase the memory of THAT game against Millwall.

It’s a massive achievement by the team, and compared to where we were twelve months ago, the progress is staggering.

And so to this Saturday.

The last two visits to the “Mem” have been awful. Two seasons ago, even though we were on a good run, we were torn apart by Rovers, and twelve months ago another dismal display. I have a feeling things might be different this time, and that unbeaten run might get extended further. I remember well seeing Paolo face the Oxford fans after our defeat at the County Ground earlier this season, just to try and feel the pain that we as supporters were feeling.

I have a suspicion that he’ll remember that too.

The atmosphere’s going to be fantastic, but it WILL be cold, it always is there. So make sure you wear enough Red and White to keep warm.

If you’re not going, then BBC Wiltshire will keep you up to date…I’ll be part of the team there, so I’ll look forward to your company.

It’s a wonderful time to be a Town fan…make sure you enjoy every single moment, these times are all too rare..although I’ve a feeling we’ve got more to come.