The FA Cup: Swindon put Huddersfield down and out 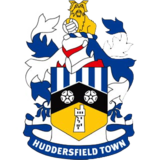 Swindon produced their best performance of the season full of fight, creativity and killer instinct to book a place in the second round of the FA Cup following a 4-1 victory, reports Adam Johnson.

Town went into this game as the underdogs, and deservedly so, being up against the in-form side in the Football League. However, Caddis and Co put League Two on notice with a dominant and slick display of counter attacking football.

From back to the front, Paolo’s side looked a match for Huddersfield producing a near unbreakable backline and a fluid attacking unit to put four past Lee Clark’s side. Town went out with a game plan to play football on the deck, on the counter, trust the defence and it worked.

Swindon started on the front foot immediately from kick off with an unusual passing to feet routine, unlike the common big kick to the opposition fullback. This was the theme of Town’s play for the afternoon and it only took a couple of minutes for Raffaele De Vita to produce a delightful cross which only just evaded the incoming Alan Connell who couldn’t get a touch.

Huddersfield though started to bring the game back into their grasp with good direct play and using possession well to try and break Wes Foderingham’s five clean sheets in a row.

Swindon struggled to get the ball back off their league one opponents and the pressure finally got to them in the 22nd minute as Lee Novak stabbed home from outside the area to put The Terriers ahead. Novak claimed the ball outside the area and without any defensive pressure, placed the ball into Foderingham’s right hand corner to give Huddersfield the lead.

This moment seemed to shock a few of the Town fans in attendance but the silent shock wouldn’t last long as Town stuck to their game plan and struck back with not only one but two goals in a three minute spell before the break.
After Paul Caddis won another free kick on the right wing, Ritchie stepped up to whip in a lovely ball onto the head of Aden Flint who planted his header into the corner. Several of Town’s set pieces had been largely wasteful but this one was effective with Town equalising and getting momentum to get a second before half time.

The second was another ‘special’ with quick passing and movement creating space at a pace that Huddersfield couldn’t keep up with. Simon Ferry was the architect this time as his burst into the box left The Terriers wandering as Raffaele De Vita found space to receive Ferry’s pull back and smash home from a few yards to give Town real reward for their persistence.

The first half came to a close but proceedings wouldn’t change as Swindon once again came out the brighter side in search for that killer third goal. Captain Caddis made a good run down the right but his drilled cross didn’t find a red shirt and Huddersfield easily cleared.

Swindon were under pressure for much of the second half, relying on the counter attack and trusting in the solid frame of Foderingham who when called upon in the 56th minute saved well from Alan Lee who should have done better with his and Huddersfield’s clearest chance besides the goal.

Simon Ferry though would again play a pivotal role in putting Swindon’s name into the second round hat as his run and break from Swindon’s half found Etienne Esajas who crossed and found substitute Mehdi Kerrouche for the Algerian to poke home.

It was a good reward for Town’s display, however not in attack but it was a testimony to the defence as the backline had coped with several long periods of Huddersfield pressure to help create the space for the attack to take advantage of.

As Huddersfield continued to pile forward in search for a way back with 14 minutes left, they were again outdone by the little Scot in centre midfield whose first shot, tamely pushed away by Colgan in the Huddersfield goal, came back to Ferry who easily made it four and completed a great afternoon at SN1.

To complete the afternoon, just as Huddersfield had possession, a slip by one of their players led to a big cheer around the County Ground. This may seem insignificant but it summed up how in one afternoon we’d gone from a potentially good side to cementing all the early season work against a side that were apparently untouchable.

Paolo Di Canio summed it up nicely after the game but answering the question ‘was this the best performance of the season’ with one word, absolutely. There isn’t a Swindon fan who would dare to disagree either with the Italian as Di Canio’s football philosophy shone out to leave us all drooling at the consequences of such a good performance.

It was obviously great to make the second round of the FA Cup, which will involve a tricky trip to Colchester, along with winning another game making it nine games unbeaten but it’s more about seeing the potential in this side to bring about the true goal this season which is promotion.

All the players put in a decent shift, even those who we haven’t seen much of in recent times such as Callum Kennedy, Alan Connell, Lander Gabilondo, Etienne Esajas and Olivier Risser. The squad in recent weeks has shown a real depth plus a good mentality to playing as part of a team coming in when needed and stepping up to the plate to help out the team.

It’s good that Di Canio has a selection headache now ahead of the AFC Wimbledon game next Saturday which is a far distant cry to last season. Paolo has got a squad of players who have all shown potential and to have a use which is brilliant but now a hard job is to create a fine balance.

This team have now set a standard and sadly that creates a level of expectancy from the fans. Two good wins in a week have helped us progress in the cups but now we are back to the true bread and butter of English football which is the league. Three points is a must to continue this momentum and push us into a solid automatic promotion side.