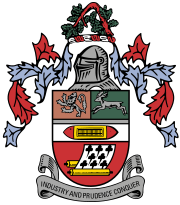 Scot Munroe ventured north on Saturday hoping to be rewarded with a Swindon victory over Accrington Stanley.

A long journey which paid off as we witnessed a Swindon away win, which as we know has been few and far between this season in League Two.

What we witnessed was a very astute, comfortable and professional performance. This was all against one of the division’s typical physical and strong sides, and away from home. Many including myself hadn’t been expecting such a fantastic result.

Paolo Di Canio made four changes to his starting XI which included 3 debutants. In came Wes Foderingham in goal who replaced Mattia Lanzano after joining on loan from Crystal Palace in the week. Aden Flint returned to bolster the defence in place of Joe Devera. Liam Ridehalgh came in to make his first start after a sub appearance at Macclesfield instead of Alessandro Cibocchi. Finally, Mehdi Kerrouche did not travel to Accrington after a family bereavement. The Algerian was replaced by new signing Cristian Montano who made his first start after joining on loan from West Ham after a successful spell at Notts County earlier this season.

Swindon started the stronger and had the first chance of the game after a Swindon corner was not dealt with, Jonathan Smith dragged a weak shot wide. Swindon did have the ball in the net after ten minutes after Matt Ritchie effort was well saved, Jake Jervis tapped in the rebound but the effort was ruled out for offside.

The goal for the away team did come after persistent pressure and it came just before half time. It resulted from a classic counter attack after Aden Flint was cautioned, the Accrington free kick was blocked, Swindon pounced when a Stanley mix up left Raffa De Vita to feed in Jake Jervis. With a clear run on goal our loanee from Birmingham City used his pace to run half the length of the pitch and strike a powerful finish from inside of the area to the far bottom corner. A deserved lead and exactly what we needed right before the break.

The game was killed off as a tie just before the hour as Swindon added the 2nd with some good football.

Swindon broke down the right with lovely interplay from Caddis and Jervis to lay the ball on for an unmarked Simon Ferry, who’s run to the right side of the box allow the Scot to cut back to Cristian Montano. The new loanee from West Ham United controlled, turned onto his right foot to strike an unstopable low drive past the Accrington keeper. This was a perfect start to his Swindon career.

Town had more chances in the final 20 minutes to extend the lead as Jake Jervis had a strong effort after a brilliant run well saved by Dunbavin who parried for a corner. In the dying embers of the game Liam Ridehalgh played a lovely give and go with Alan Connell, but the on loan Huddersfield defender’s effort just went whiskers wide.

In the end our 2-0 lead was never in doubt as Accrington rarely threatened. With on 34% of the possession and 4 shots on goal, Stanley were thoroughly outclassed, there was no worry Swindon would cave in to fall to a draw in a similar vain to Hereford a week ago.

Our 3rd ‘keeper this season Wes Foderingham had hardly anything to do in the game, but when he was called into play he looked very solid behind some routine saves. A very astute loan signing by Mr Di Canio in the loan window and hopefully the 20 year old from Crystal Palace will become the effective last line of defence we’ve been without for some time.

As the final whistle was blown the away end rose to applaud the Swindon team off the pitch and the chant of Paolo Di Canio was vocally sung. A long journey back home to Swindon was all sweeter with the 3 points in the bag.