Swindon 4 Barnet 0: Can we play you every week?

Swindon secured their fourth victory in five games thanks to a comfortable 4-0 win over The Bees. However, despite Town’s dominance, it always takes two to tango, with Barnet heavily responsible for their own downfall. Reports Ron Smith.

After being brought back down to earth a week ago at Burton, Paolo Di Canio responded with one enforced change in Comazzi returning to the side and Phil Smith retaking the goalkeeper gloves. A sensible decision to allow Lanzano to reflect and compose his seemingly fragile confidence, ultimately justified by Smith’s faultless performance.

For Barnet this early endeavour was all that justified Lawrie Sanchez’s brave, but foolish, decision to play 4-3-3 against a Town side that had clearly done their homework and knew how to take full advantage. With a narrow midfield set to restrict the fluency of Swindon’s central spine, this left acres of space ahead of the unsure Barnet full backs to exploit, and exploit we did.

Considering Swindon had yet to score in the opening 15 minutes of a game this season, De Vita’s goal was exactly what was needed given we’d been on the backfoot in 5 of the previous 9 games. The Italian collected from Alan Connell, set back to move left and strike a calm left footed finish to the bottom corner. In a contrast to previous celebrations Di Canio was almost muted in his reactions, a welcome sign of maturity.

With the Town pressure mounting Daniel Leach skyed the ball high and reacted by heading clear to the alert Matt Ritchie, who cut inside onto his left to see his 25 yard strike leave Dean Brill standing as the ball hit the post. Medhi Kerrouche’s attempts to control spilled the ball out to the onrushing Ritchie to strike low to Brill’s left side to give Town an unassalable 2-0 lead.

Despite being two down, Sanchez didn’t counter the Town effectiveness going forward highlighted by the failings of his ambitious 4-3-3.

A move to switch Marshall and Mcleod did nothing to resolve the inherent failings of too much space open in-front of Leach and Kamdjo offered by their narrow three man midfield.

With Town bypassing the congested central space and focusing nearly all attacking move via the flanks, both Ritchie and De Vita played deeper thereby pulling the full backs out of position into the vacant space, playing both off the park.

Ritchie turned Mark Marshall into a knot on the right to create space to fire over for his cross to be met by the head of Medhi Kerrouche, who’s strong downward header was parried by Dean Brill, but trickled backwards over the line to make it 3-0 on half time.

Sanchez, obviously disgusted at the first half performance, dismissed his side from the tunnel with a spare 5 minutes of the break remaining, only to watch them graze and mingle amongst the groundstaff. For an experienced manager to focus the blame at his players, when in my view, the fault was always his failure to counter the Town width was as baffling then, as it is now.

The second half continued with Town doing the same. Sanchez was still unwise and blinkered to the obvious threats on the wings.

Swindon’s fourth goal was the perfect example of exposing Barnet’s frailties. Alberto Comazzi’s quick and long ball forward found Ritchie on the right flank. With Leach again uncertain and on his wrong foot, deserved man of the match Ritchie carved open the Barnet defence, skipping past two challenges on the edge of the box before dummying the keeper to shoot low into the bottom corner.

With 65 minutes on the clock and Town 4 goals ahead, the fight was understandably absent on both sides for the remainder of the second half. As the Swindon defence settled for the final whistle, the Bees garnered more possession, but despite some late action, particularly for inconsistent Mark Marshall on the left, Barnet couldn’t muster more than the solitary shot on target. 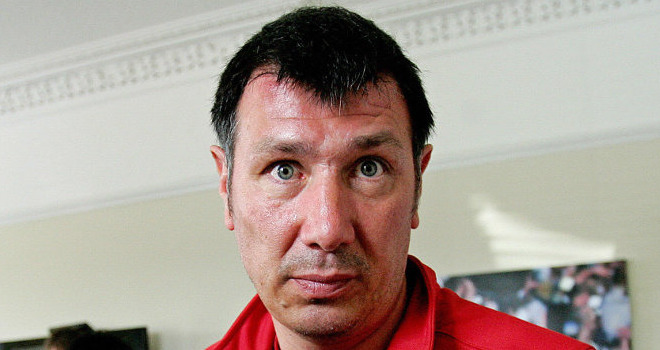 At the other end Barnet continued to look ragged, narrowing even more at every glance, providing potentially plentiful opportunities for both Kerrouche – who had moved to the left to replace De Vita – and the ever irreplaceable Ritchie. Had it not been for some selfish head down stuff from Magera, Connell and Ferry, Kerrouche would’ve been clear with a run on goal on at least two occasions.

In the end the fizz went out of this encounter long before the final whistle, a game which didn’t really befit the 4-0 tagline. For once we’ve witnessed an effective and clinical Swindon performance that perfectly exploited our opposition’s weaknesses throughout. So Town fans shouldn’t get overly carried away with this excellent, yet deceiving result. It was more of a shock that nothing was done sooner by Sanchez to fix the obvious plentiful space offered to the Town wingers through a switch to a 4-4-2.

While his players didn’t respond well to conceding the early goal, it’s clear to me they didn’t stand a chance considering their manager wasn’t prepared to change his spots. For a manager who was prepared to openly criticise Northern Ireland manager Nigel Worthington, the tables are now turned on you. Perhaps you should sort out your own team before demanding the sacking of your successor. Everyone sees it Sanchez, the writing is on the wall for you…

This was too easy. If only we could play Barnet every week.