I was at Todd’s first game in charge, a 2-2 draw with Sheffield United at Bramall Lane. Town were long relegated, however this match was shortly after Terry Brady’s takeover, bringing Town out of administration, so there was a rightful sense of optimism among the small travelling support.

Todd stands before the biggest Town gate of the season…

These hopes remained high over the summer as Todd forged a new squad, signing 11 new players, although as usual, this is Swindon Town, as soon enough Town were 21st and staring a second successive relegation in the face. The only crumb of comfort being Oxford United’s awful start taking 5 points from 16 games.

Given Todd’s pedigree with Middlesbrough and Bolton Wanderers he really cocked up at Swindon with only 4 wins from 18 games. Brady’s poor judgement showed as he supported Todd too much with transfers, money ultimately the club couldn’t afford. Todd’s free reign to rebuild, a desperate attempt to sign anyone with a pair of boots, would end up plunging the club into further financial decline, leaving us with a bunch of players (Juan Cobian, Kim Heiselberg, Antoine Van Der Linden, Gary Alexander, Mark Robertson, Martin Williams and Marko Tuomela) who only lasted the season.

How could such an experienced proven manager fail so miserably? Well he never had his heart set on the job, as his departure proved. As soon as Derby County, with whom he won the First Division twice in the 1970s, wanted Todd as the long term replacement for Jim Smith, Todd resigned, only for Brady to refuse to agree his release and it took a fortnight for the clubs to agree compensation.

Post Swindon, Todd failed at Derby County with his sacking after just 3 months, mediocre in League One with Bradford City and again sacked, a move to Denmark with Randers FC worked well until John Jensen became available and their Board opted for the former Arsenal man. Most recently Todd was in charge at Darlington, showing his true form by winning only 1 game in 11 and agreeing to resign.

Good, Bad or Ugly? – Ugly – For a man with such experience, his desperate and questionable signings, in a short period where we actually had some resources, wasted a perfect opportunity for this club to start off a new era with a promotion. Thankfully Derby County came knocking otherwise we probably would’ve been relegated in 2000/2001. 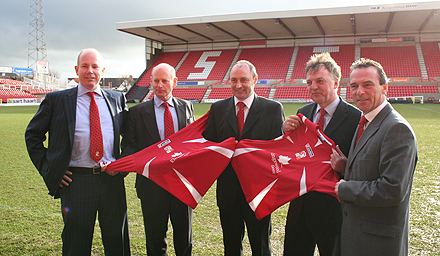 What do I write about Maurice Malpas that we don’t already know…?

Initially announcing the play-offs were a realistic ambition on his arrival only then to turn that season into a fight against relegation. I suppose at least he saved us from relegation and finished a respectable 13th.

2008/2009 was a disaster in the league and cups. Five successive home defeats and an FA Cup embarrassment at Histon, later equaled by Leeds United, was enough for Andrew Fitton to show some swift decision making and finally dismiss the Scot. Town were sitting 17 with 16 points, some 10 adrift of 6th placed Peterborough when Malpas left.

With the exception of Malpas signings Simon Cox and Timlin who were really purchased by Fitton, his own finds were truly awful. Yinka Casal, Kanyuka, Mark Marshall and Lilian Nalis were meant to form part of a promotion challenging squad…