Town travelled to Pete Winkleman’s stolen football club with high hopes of finally securing a first win of the season, and in doing so start to look upwards to fulfil our raised expectations.

My visit to StadiumMK was a first Town away game (excluding Wembley) for some time. After lunch and taking in the sight, yes the sole sight of Milton Keynes, the concrete cattle, we arrived early at an almost deserted ground.

Being one of the recent wave of newly constructed stadiums, StadiumMK is isolated far out of town and anchor to a retail park. An unusually modern and un-British ground which has been left purposely half completed, with a reduced capacity at 22,000 which can be raised to 32,000 by adding seats to top tier. In its uncompleted form it perhaps represents a sign of our times. 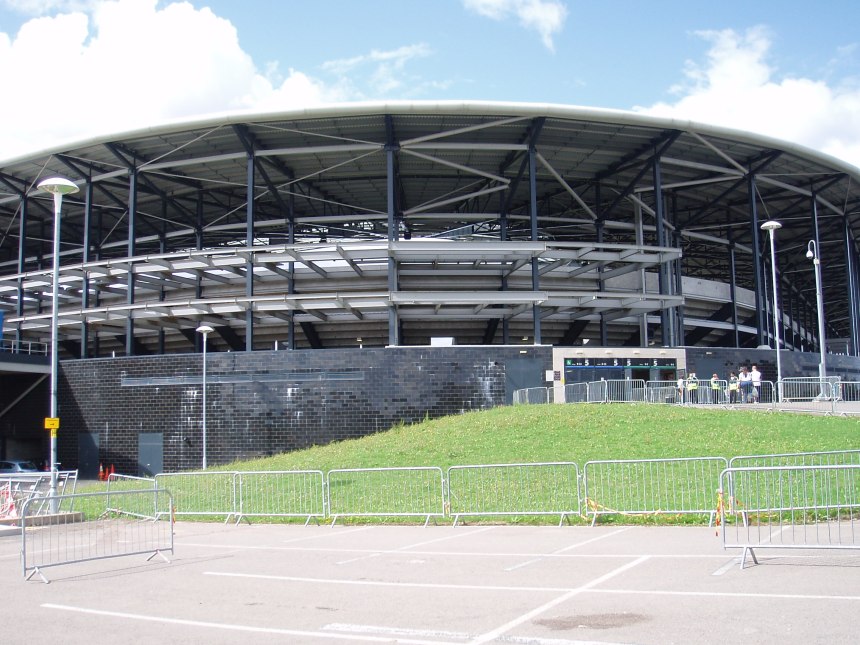 Inside, the cavernous stadium is potentially magnificent, perhaps even one of the best in the country, albeit when it is one day is completed and full. Its exposed structure, sunken pitch, functional layout, filled-in corners and unbroken seating blocks echoes that of a European, say German or Swiss, stadium. I can definitely see why StadiumMK is on the shortlist for a potential English World Cup venue.   The problem is that the stadium is way too good for the ever optimistic MK Dons, who’s ambition to create such a stylish and modern stadium is admirable, although certainly more deserving of  a more established and deserving club.

On the one hand the stadium is far from the soulless identikit design category of modern football stadia such as the Riverside in Middlesbrough, Keepmoat in Doncaster and Britannia in Stoke, however in its current form and playing host to an average League One team, the stadium fails to inspire as it swallows up any atmosphere. The County Ground has hardly been vibrant in the stands so far, but nothing could prepare me for the silence that greeted us from the home supporters, who appeared to have only turned up because Luton were playing away. When the odd ripple, applause or distant drum was heard it sounded canned, like it was piped into the near empty ground through the excessive and overblown PA system. Nothing would surprise me.

So then. Enough of the stadium and the crap atmosphere, what about the game…

The less said about the first 45 for both teams the better. An uninspiring performance from both teams wasn’t helped by the referee, who, was as one sided as I’ve seen for a long time, frequently penalising Town for the most minor of offences, although I’d use offence in the loosest possible terms. Jermaine Easter’s contribution to the game was laughable. Easter is a forward who is hardly endeared to Town fans anyway, didn’t help his already lost cause as he feigned injury, frequently complained, fouled and cheated at every attempt. David Lucas as was bemused as the rest of us at Easter’s petulance when early on Easter, having struck out at Lucas, himself fell to the ground in an attempt to deceive the referee. Needless to say this didn’t work. As the referee failed to sanction Easter for this incident, it set the tone for his performance.

Town’s goal came out of the blue, well…from a corner. Cuthbert got onto Sean Morrison’s long throw. A simple goal and only if this could be repeated again and again this season. Exactly what we needed a goal just before the break. This certainly paid dividends as, for the first 20 minutes of the second 45 we dominated play and looked certain to add to our lead. Then it all fell apart in just under 2 minutes of madness.

The lead up to the MK Dons equaliser was David Lucas performing a magnificent save to deny Sam Baldock from a close range shot. It was from the resultant corner that Baldock stooped low to head the ball, beating Lucas at the near post. Why wasn’t there a man on the post? Heads went down.

The second, also from Baldock, saw our defence asleep after a long throw was headed goalwards by Sean O’Hanlon, only for the deflection following Lucas’ save failed to be cleared and only to fall to Baldock to head MK Dons ahead from close range.

Afterwards, an insipid Town looked sheelshocked and failed to take control of the game or create any chances. To be honest MK Dons deserved to win.

There is only one positive from the game. David Prutton was sent off for a second caution late in the game, meaning he will miss the next league game. So we should hopefully be back to the Ferry and Douglas midfield pairing which served us so well last season.

So without a victory in the first 4 games sees Town make their worst start to a season since 200/2001, although then we had lost 3 and drawn 1 of the opening games only then to beat Bristol City 1-0 away.

In summary, four games into the campaign Town are winless, have serious defensive problems and fail to create sufficient chances for Austin, Dossevi and Pericard. We’ve started against four teams that with all due respect shouldn’t have prevented us from securing at least one win. Now with Carlisle away followed by home ties against Southampton, Huddersfield and Plymouth it is starting to look much more difficult as to where and when the first victory will be achieved. 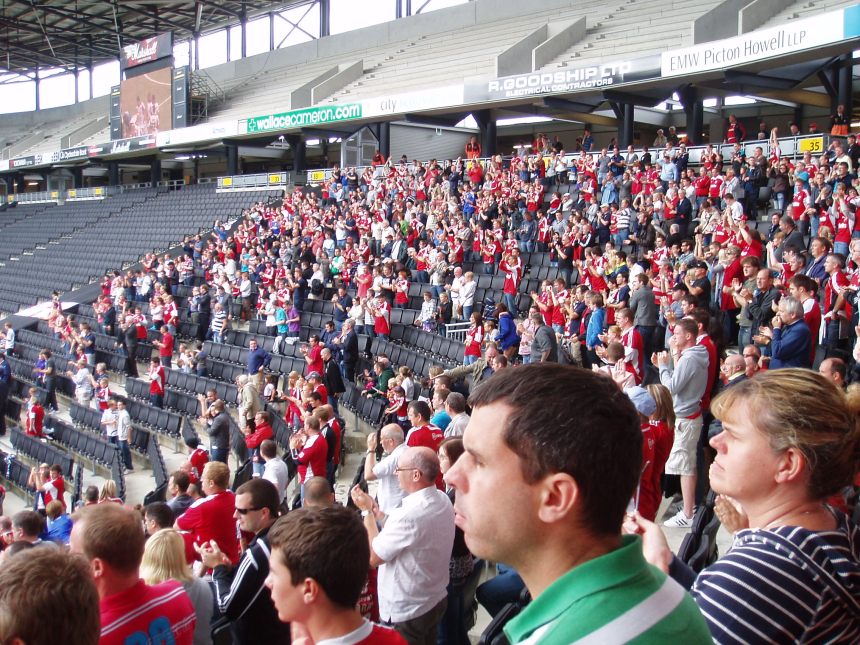