Wrapping it up and unraveling!

It’s Friday, so it must be time for the final weekly review of the season by BBC Devon’s Vic Morgan

So, that’s it then another season is over.

The ending wasn’t what we wanted, in fact it was so far from the desired conclusion it wasn’t remotely humorous. To be honest everything’s been said about our sixth trip to that money making venue known as Wembley Stadium.

To say it was one of my worst experiences watching the Town would just about sum it up. No craft, no guile, no chance just about sums it up. A long day bringing nothing but frustration.

The only good point! Getting out of Wembley’s car park in less than half an hour. Thank goodness. 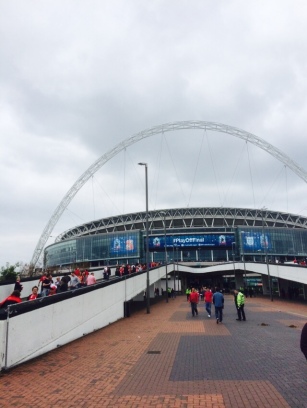 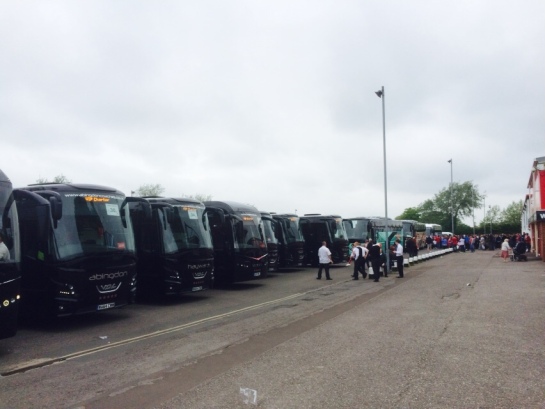 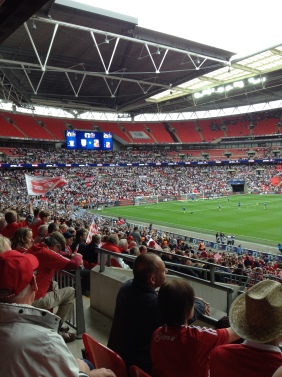 I think this website’s editor Ron had by far the better day. Missing the trip to be present at the birth of his son. Many congratulations to you and yours.

Does the debacle under the arch mean the season has been a failure? Of course not. We’ve seen some of the best football ever to grace the County Ground and beyond. Some young players will go on in their careers having been part of an exciting Swindon Town squad.

The exodus has already begun. Deals to take Massimo Luongo and Ben Gladwin to QPR are done, with others yet to depart.

It’s certain many new faces will report for pre-season training in just a few short weeks. We’ll have to look at pictures to recognise who’ll be wearing the red and white come August.

Of course some events put football into perspective. Such as the birth of a new baby or the passing of someone at a ridiculously young age.

The death of former Town boss Andy King would have come as a shock to us all. Just 58 years old is so young and thoughts of course go to Andy’s family.

The former Everton midfielder had two spells in charge of the Town including that never to be forgotten play off season featuring the likes of Sam Parkin, Rory Fallon, Stefani Miglioranzi etc. Nobody who was there will ever forget that wet night at Brighton. Just like last Sunday, it was one of the worst moments watching Swindon. Desolation doesn’t come close.

That’s it then. Have a great summer, it’s going to be interesting that’s for sure. As always keep it loud keep it proud keep it SWINDON!